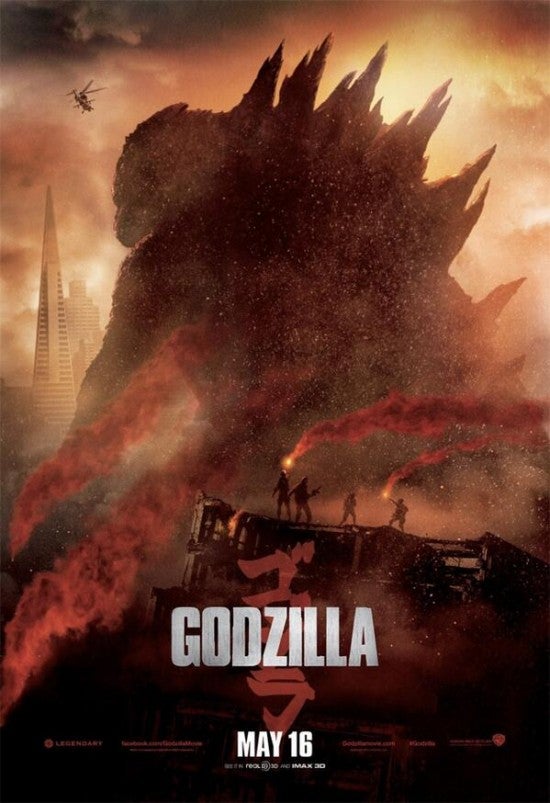 Legendary Pictures have released a new poster for director Gareth Edwards's forthcoming Godzilla reboot -- one that shows the creature making its way through the city. It's misty and blurry, but the clearest official look at the film's Godzilla we've seen yet. It also gives a sense for scope, since the human characters in the foreground with their overturned vehicle are there to lend perspective. Godzilla is in theaters on May 16.

Godzilla is "Bigger" In New Poster