Zoe Saldana will play Gamora in Guardians of the Galaxy. She will join up with Star-Lord (Chris Pratt) and the other members of the Guardians and be chased through the galaxy by agents of Thanos in pursuit of a mysterious orb in Star-Lord's possession. With the first trailer for Guardians of the Galaxy being released, we've compiled some background information on Gamora from the comic books. Guardians of the Galaxy comes to theaters August 1,2014. In comics, Gamora is the most dangerous woman in the universe and the adopted daughter of Thanos, the Mad Titan. She was created by Jim Starlin and first appeared in Strange Tales #180 in 1975. She had a minor role in Starlin's Infinity Gauntlet saga and was a member of the Infinity Watch. She returned during Marvel's Annihilation saga and joined Peter Quill's new Guardians of the Galaxy, where she remains. Gamora is the last surviving member of the Zen-Whoberi race, who were wiped out by the Universal Church of Truth. Thanos finds her, brings her back to peak health, and alters her perceptions so that she cannot see Thanos' evil deeds for what they are. When she reaches adulthood, Thanos sends her into the Universal Church of Truth to assassinate their leader, The Magus. She succeeds in defeating The Magus only with the help of Adam Warlock. When Gamora returned from her mission, she was able to see Thanos clearly for the first time. She attempted to stop Thanos, but was slain by her adoptive father. Adam Warlock managed to save her soul, placing it in the Soul Infinity Gem. When Thanos gained control of the Infinity Gauntlet, Gamora was revived in a new body. After Thanos' defeat, Adam Warlock made Gamora a member of the Infinity Watch and entrusted her with stewardship of the Time Gem. As a member of the Infinity Watch, Gamora battled many of the universe's most fearsome foes, including Man-Beast the Trolls of Asgard. Eventually, the Watch disbanded. Gamora was reunited with, then repentant, Thanos and helped her father defeat a group of Thanos' clones who were being manipulated as part of a plan for universal domination. Gamora would disappear into the far reaches of the universe for some time, eventually returning and forming an elite group of female warriors called the Graces (which included Nebula as one of its members). Ronan the Accuser would come looking for one of the graces whom he believed was responsible for his being exiled by the Kree Empire. Gamora battled Ronan, revealing that she had undergone some kind of physical enhancement during her time in deep space, until the Annihilation wave arrived. Gamora and Ronan, along with many others, would join forces to stop the wave. After helping to thwart an attempt at universal domination by Ultron, Gamora join Star-Lord as a member of his Guardians of the Galaxy. 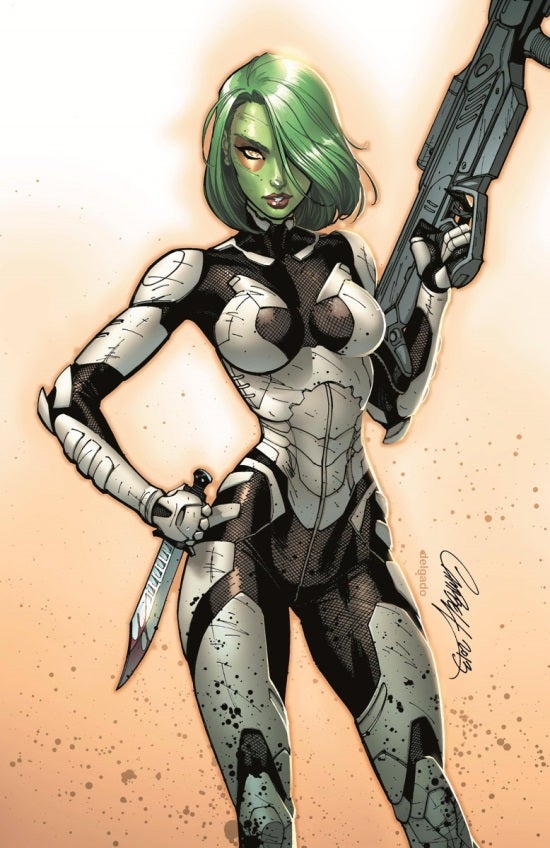 Guardians of the Galaxy: Who Is Gamora?