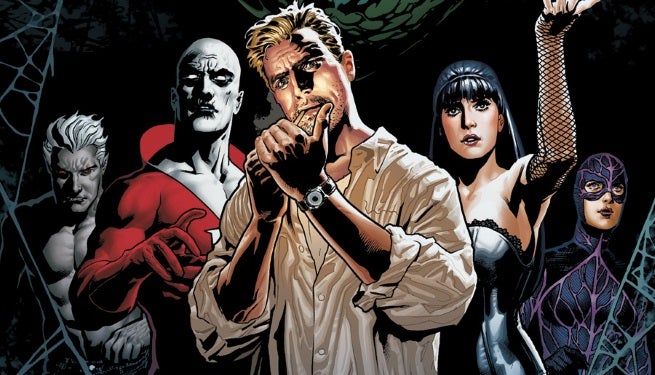 Guillermo del Toro's Justice League Dark adaptation Dark Universe has reportedly been turned in to Warner Bros. executives and will be read over the weekend, according to a report at Forbes.

The report comes firsthand from del Toro rather than any of the back channels that things like this so often take; here's what Mark Hughes at Forbes, their resident DC guru, had to say about it:

Well, thing just took a big leap forward. Today, the completed screenplay forDark Universe officially went to weekend reads at Warner Bros. The studio's reactions to the script will be coming back in a few days, and the film could take another step toward production if Warner has a favorable opinion of what they see on the page. The director confirmed the script's completion and status while I chatted with him about his FX horror series The Strain (watch for that article coming in a few days, dear readers!).

Between the launch of NBC's Constantine and the fact that Dark Universe didn't make it onto the DC Entertainment schedule released a while back, there had been some speculation that the project was effectively dead. Constantine's Matt Ryan, meanwhile, had said he hoped to take the role to the screen, while del Toro had previously said he didn't particularly want to be part of a massive cinematic universe, presumably for logistical reasons.

Guillermo del Toro Has Turned In The Script For His Justice League Dark Film To Warner Bros.