Whether we're talking about movies or comics, one thing seems to be holding true lately--the guesses that fans and critics make before a property is released are, by and large, coming true. Sometimes those expectations are even being exaggerated in the final outcome. 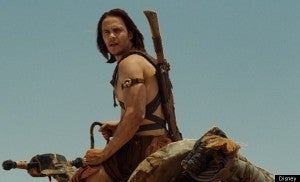 Nobody, for example, thought that John Carter would post the largest financial loss for any single film in the studio's history when they were all talking about how its inaccessibility, poor titling and bad promotional campaign would likely cost Disney in the long run. While industry insiders have been whispering about the potential for the movie to fail for a while now, it wasn't until Entertainment Weekly teased it as one of the biggest gambles in entertainment this year (that's not the story--which I cannot find online--but they reuse the phrasing) and predicted that it would not pan out for the studio that I became aware it was "expected" to lose money. Shortly thereafter, as the film's release edged closer, that became the media narrative: it's ambitious, everyone involved is talented, but they blew out the budget and nobody at Disney liked or had any confidence in the film. The din of it got to be so loud that Oscar-winning director Andrew Stanton, who helmed the flick as his first-ever live-action feature, had to publicly dispute reports that John Carter was turned in late and over budget. In the end, it didn't matter. 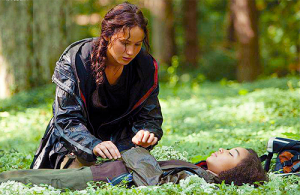 Lost, also, in the debate over whether The Hunger Games would break Alice In Wonderland's $116 million record and become the highest-grossing opening weekend ever for a film opening in March was the question of whether it might blow away all those expectations and make $150 million--a number that is starting to look more plausible as the weekend kicks into high gear and the film continues to sell out around the country. The Hollywood Reporter is now predicting an opening weekend of between $140 million and $150 million, up from $135 that they predicted just yesterday. ComicBook.com predicted that the film would gross just south of $140 million on Thursday night). Again, though, the media narrative on the film has been about the box office and the remarkable broad base of appeal that it has found; while reviews have generally been positive, nobody's taking a Social Network-style approach to talking about this film, saying that you have to see it because it's brilliant. And the more people talk about how much money it's going to make, the more--it seems, anyway--people feel obliged to see it and be part of that massive opening. 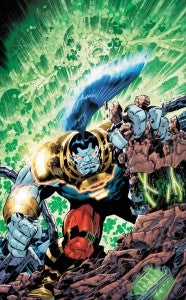 Compare all of this, for example, to DC's New 52 initiative; before the books even started, fans were expressing almost gleeful skepticism about a handful of titles--two of them being the now-cancelled O.M.A.C. reboot and Rob Liefeld's return to Hawk & Dove. By almost universal reckoning, O.M.A.C. was a very good comic and Hawk & Dove was a very bad one--but their sales were nearly identical and they were, ultimately, canceled at the same time (along with four other titles). There were, of course, other factors--a terrible Batman title probably would have survived the first year, for example, while both of these largely unknown properties were at a disadvantage out of the gate--but it's hard to ignore the fact that in spite of all the optimism and hype of the DC relaunch, people were still predicting "Dan DiDio's book [O.M.A.C.] will be the first one canceled." Several fans on the Facebook group for the Raging Bullets podcast have said recently that they dropped those books and others upon learning that they were destined for cancellation, and some more recently have suggested that Grifter, Hawkman and Deathstroke--comics which Rob Liefeld will be taking over in May and which, according to his recent Twitter activity, have seen precipitous drops in readership since the relaunch. We'll see whether whatever Liefeld and DC have planned will be enough to revitalize those books, but it seems as though when a title is considered to be "in trouble," many comics readers abandon it. This is likely the result of many hardcore comics readers being fans of the interconnected universe of stories first and the characters second. Whether that's healthy or not is a topic for a whole other discussion.

How Much Do Pre-Release Perceptions Affect Reality?