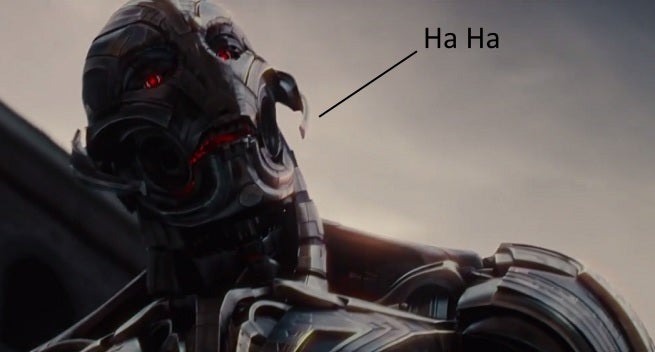 The trailer for Avengers: Age of Ultron was released last night, and things look pretty dark for "Earth's Mightiest Heroes."

It won't all be darkness and gloom, however. James Spader, the voice of Ultron, says that the character has his lighter side as well.

"There's a humorous aspect to him, which is something that drew me in from the very first conversation I had with Joss [Whedon]," Spader tells Total Film. "In many ways he's a child, this character, because he's a brand new being who's just come to be. And yet, through artificial intelligence, he has an incredible capacity for knowledge. So he's a very powerful, smart child."

This should come as no surprise to fans of Whedon's previous work, as he has a knack for writing characters, scenes, and stories that bring the funny without diffuses any of the tension or dramatic buildup.

Comparing Ultron to his character on the Blacklist, Spader said, "Ultron takes abrupt turns in scenes. Red isn't pyschopathic but Ultron is. Yes, he is psychopathic. He's really bats*** crazy!"

James Spader Says There Is A Humorous Aspect To Ultron In Avengers: Age Of Ultron