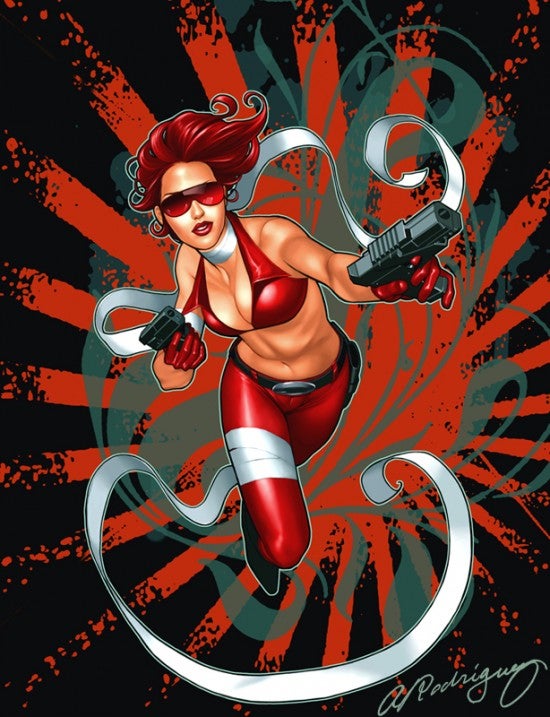 In a new interview with ComicBook.com to discuss his forthcoming, Kickstarter-funded graphic novel Denver, veteran comics writer and artist Jimmy Palmiotti said that after two misfires on television, he took the task of writing the screenplay for an upcoming Painkiller Jane movie for the obvious reason: because as one of the character's creators in the comics, he wanted to see a version make it to the screen that fulfilled the character's promise and reminded him of the character he actually created. "I wrote the Jane screenplay because I wanted to see my version make it to the screen," said Palmiotti in an interview set to run at 4 p.m. EST. "Same with my next project with Craig Weedon called Cursebreaker. We went right to screenplay and go out and shop it this March." Palmiotti, who has worked on scripts for a number of projects, including best-selling video games like Injustice: Gods Among Us, confessed that not every comic book creator has that going for them, but that having some experience outside of comics likely helped him sell himself on the project. "I think having sold enough screenplays helps the film and TV people feel more comfortable with me adapting the work," Palmiotti said. "I was at an agent's dinner once and they said straight out that the last thing studios want is comic book people writing screenplays of their characters. I aim to change that way of thinking. I understand the two are completely different ways of telling a story and I have worked behind the camera and in front of it enough to understand that. I have a sale in the next month that is for a character Justin and I created and we have minimal involvement with the project, but we knew that going in, and are fine with it. The producer got my info off the internet and just called me to talk a deal. Not everything we create has to have an adaption, but some would really do better with it. My next screenplay is a horror in a beach town thriller." Check out the Kickstarter campaign for Denver, a new mystery with science-fiction elements, below, and check back in an hour or so for the full interview.

Jimmy Palmiotti on Painkiller Jane: "I Wanted to See My Version Make it to the Screen"