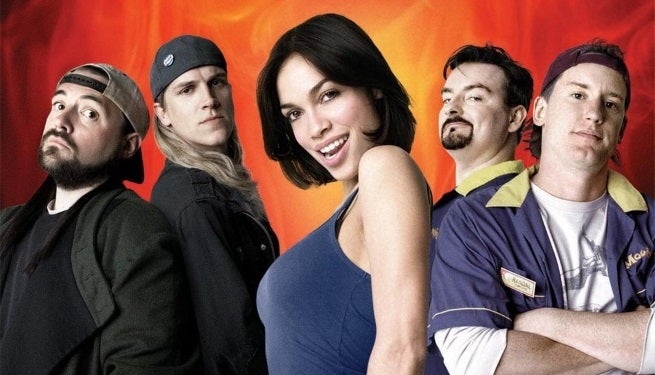 An interview with Kevin Smith posted on Screen Daily yesterday has caused a bit of confusion and commotion with fans eagerly anticipating Clerks 3.

In the interview, Smith was asked if the Weinstein Company would have any involvement in funding Clerks 3. Smith said the company had chosen not to be involved with financing the film.

Screen: Is there any chance the Weinsteins will be involved in Clerks 3?

KS: No, they passed. I went in with a $6m budget and they were, like, 'Oh no Kevin, this is too high'. Bob offered us distribution but they weren't going to finance it.

Even though much has been made on Hollywood trade sites about the Weinstein's passing, Kevin Smith took to Twitter to insist the film will still be made.

Via @Kitties4every1 "Will Clerks 3 still be made?" Heavens yes, just not with the Weinsteins' money. And all involved are okay with this.

Smith also tried to calm irate fans, saying that that he was still grateful to Bob Weinstein for offering to distribute the film even though they weren't financing it.

Via @Tomwilson1120 "Weinstein Co. made a huge mistake" Nah: Bob didn't wanna pay for it but he offered distribution regardless. That's cool.

The Weinstein Company financed the production of Clerks II, the sequel to Smith's low-budget directorial debut, Clerks, which began Smith's rise in popularity.

So Clerks III is still going to happen, Smith will just have to find a way to pay for it without the help of the Weinsteins.

Kevin Smith Says Clerks 3 Will Still Be Made, Just Not With The Weinstein's Money