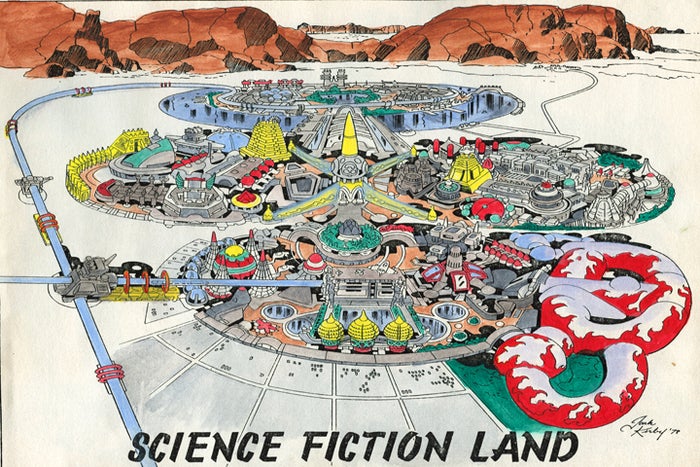 Two years ago, director Judd Erhlich launched a Kickstarter campaign to make a documentary film about the Iranian hostage crisis at the heart of Ben Affleck's Best Picture winner, Argo.

You can see our interview with Erhlich here.

They succeeded in funding the film and, for 23 months, fans have received little in the way of updates on the film's progress even as other rewards were delivered without delay.

Today, Ehrlich issued a statement saying that the film had been cancelled due to undisclosed legal issues, and that supporters who backed the film would have their pledges refunded to them later today and could keep whatever rewards had already been received.

You can check out the film's trailer, description and today's statement from Erhlich below:

Science Fiction Land tells the mind-bending true story behind Ben Affleck's Argo. Production on our film began years before the Hollywood version. We don't have big stars or a big budget, but we have an extraordinary story to tell. After filming dozens of interviews and accumulating a bounty of archival materials, with your support, we will be able to complete this unique film and share the real-life events that are truly stranger than fiction.

Thank you again for your tremendous generosity and your incredible patience. We hoped not to have to send this message, but due to legal circumstances beyond our control we will not be able to continue with production of the film. None of us anticipated being in this position and we all hoped we would be able to see this project through.

It is not a substitute for the finished documentary, but we will be returning every donor's original contribution through Amazon Payments later today. Please hold onto any rewards you already received with our compliments and regrets. We understand that like us, so many of you wanted to see this project completed and we share your disappointment that we cannot continue.

Unfortunately, we are not able to speak in detail about the complications with the project at this time but should you need to reach us, you can email info@flatbushpictures.com.

We are so grateful for your support of this project and hope to reconnect with you in the future.

The film aimed to take a more unvarnished look at the crisis and to more accurately cover some of the elements of the story for which Argo drew criticism, as well as playing up the contributions of comic book legend Jack Kirby, who designed the fake theme park and much of the concept art for the ficticious movie that was used as cover to smuggle agents in to recover the American refugees. Some of Kirby's art was offered as rewards in the Kickstarter campaign.

Science Fiction Land, The Documentary That Chronicled the "Argo" Story, Halted Due To Legal Troubles