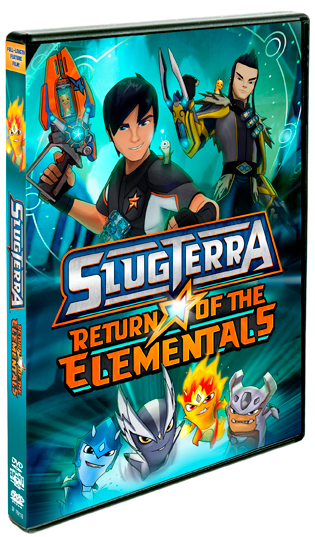 To celebrate the August 2 release of Slugterra: Return of the Elementals to U.S. theaters and the upcoming DVD release on September 16, Shout! Factory Kids are offering ComicBook.com readers a chance to win one of three San Diego Comic Con-exclusive figurines (seen below).

How? Tweet your Slugterra fan art with the hashtag #comicbookdotcontest, and at the end of the month, we'll run all of the entries. Out of all the art we get, we'll pick three of them at random and those three people will win a figurine. 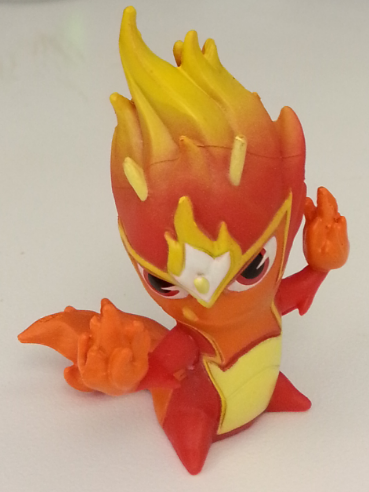 "We're very excited that fans of this action-packed series will have a chance to see their favorite characters on the big screen. This theatrical opportunity underscores our long-term commitment to the Slugterra brand. We're pleased to work closely with Nerd Corps and partner with Screenvision once again to bring this fun family movie to theatre audiences," said Melissa Boag, Vice President of Kids & Family Entertainment, Shout! Factory.

"By partnering with Shout! Factory and Nerd Corps, we are pleased to expand our children's programming offerings to our exhibitor partners, and bring the exciting world of Slugterra to the big screen," said Darryl Schaffer, Executive Vice President, Operations and Exhibitor Relations for Screenvision.

"We're very excited to be slugslinging on the big screen!" said Asaph Fipke, CEO of Nerd Corps and creator of the property. "The movie features new slugs, new characters, and some cool twists. It will be a great experience for fans and for anyone who's new to Slugterra as well."

The big screen adventure Slugterra: Return of the Elementals is coming to DVD! On September 16, 2014, Shout! Factory, in collaboration with Nerd Corps Entertainment, will release the epic sci-fi comedy adventure feature Slugterra: Return of the Elementals on DVD.  The DVD has a MSRP of $14.97, and also includes a bonus "Slugisode" as a special feature. Fans can pre-order their copy now by visiting ShoutFactory.com

Continuing the story from the hit TV series currently airing worldwide on Disney XD, Return of the Elementals welcomes a new member to the Shane Gang: Junjie, a master of the mysterious art of Slug Fu.  But even with the power of five slugslingers working together, the Shane Gang find themselves in over their heads as they race to protect the ancient Elemental Slugs, the ancestors of all slugs found in Slugterra today. In the wrong hands, they could bring Slugterra to the brink of destruction. So when an evil alliance starts hunting down the Elementals, Eli and his friends take off in pursuit of the greatest threat their world has ever faced.

Slugterra: Return of the Elementals Comes to Theaters, DVD -- And You can Win an Exclusive Figurine Here!