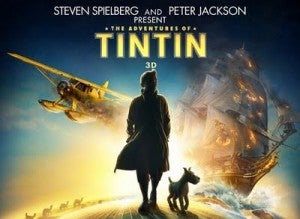 As if 2015 wasn't a crowded enough field for big, genre  movies, Steven Spielberg told Canal Plus (via Deadline) that The Adventures of Tintin: Prisoners of the Sun is still on track for a release that year. Spielberg said that the anticipated sequel to The Adventures of Tintin will begin shooting "probably at the end of this year. Don't hold me to it, but we're hoping the film will come out around Christmastime in 2015." Spielberg directed the first film back in 2011, from a script by Ant-Man collaborators Joe Cornish and Edgar Wright with Sherlock and Doctor Who icon Steven Moffat.