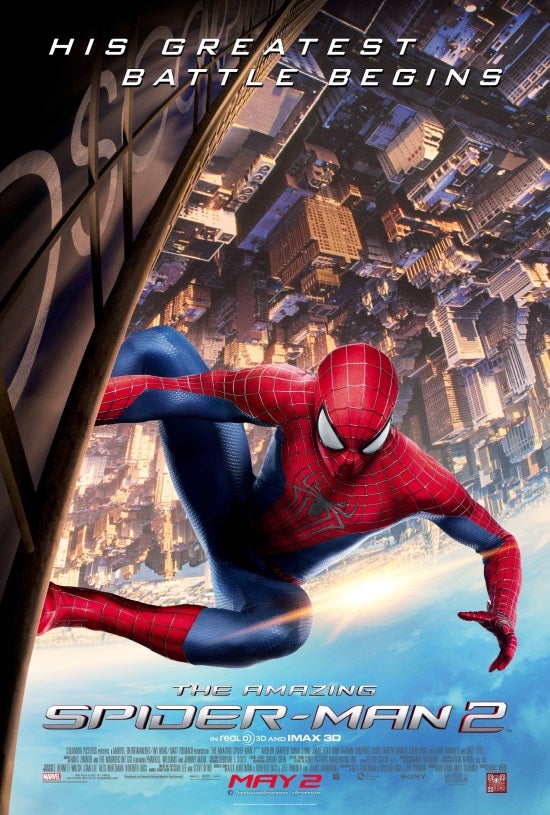 The second installment of Sony's The Amazing Spider-Man franchise will likely open at more than $90 million but a bit less than the $95.2 million that Captain America: The Winter Soldier generated in its first weekend, making it the second-biggest domestic opening of the year so far. That's after it captured around $35 million last night, according to Deadline. The opening weekend total will depend somewhat on how today fares, but Free Comic Book Day crowds are often a nice little bonus bump for big, May superhero releases. The film had been tracking for between $90 and $95 million, whereas Captain America had tracked slower than that, so it led to some speculation that Spider-Man might actually make more. Instead, it simply looks like after five installments and no Avengers variable to speak of, prediction models more or less have a handle on what to expect from the wall-crawler. In spite of having only a 54% score at Rotten Tomatoes, the film has a B+ CinemaScore and an A- for people under 25. It's also scoring at 76% with audiences on Rotten Tomatoes, meaning it's a movie where the critics are a bit out of touch with what viewers are looking for. Captain America: The Winter Soldier seems to have taken a hit from the release of another superhero movie splitting its potential audience; it's on pace to generate just $7.7 million this weekend, which will be its first sub-$10 million weekend since release and a more than 50% drop from week to week (the last two weeks, the film has dropped less than 40% each time). Rio 2, also expected to make around $7 million this weekend, should break the $100 million domestic mark this weekend if it does so. Among 2014's animated offerings, only Mr. Peabody and Sherman ($108 million) and The LEGO Movie ($253 million) have done better.