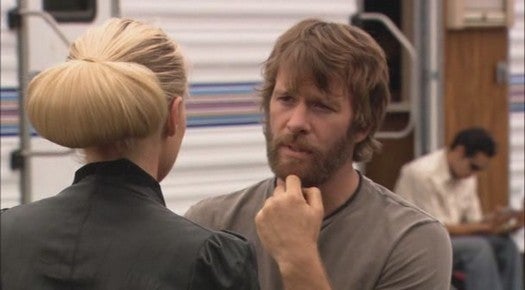 Thomas Jane, star of The Punisher and the actor best known to Arrested Development fans as being handsome enough to attract Portia de Rossi even while she believed him to be a homeless man, has been cast as the lead in Syfy's The Expanse, Variety reports.

The series is a ten-hour drama based on the best-selling science fiction book series that includes Leviathan Wakes. He will play an interstellar cop who uncovers a massive conspiracy while looking into the seemingly simple disappearance of an heiress.

"Thomas Jane is exactly the type of high caliber actor we hoped this project would attract," said Bill McGoldrick, Syfy's exec VP of original content, who made the announcement at the Television Critics Association. "The intelligence and nuance he brings to every performance is perfect for the role of Miller."