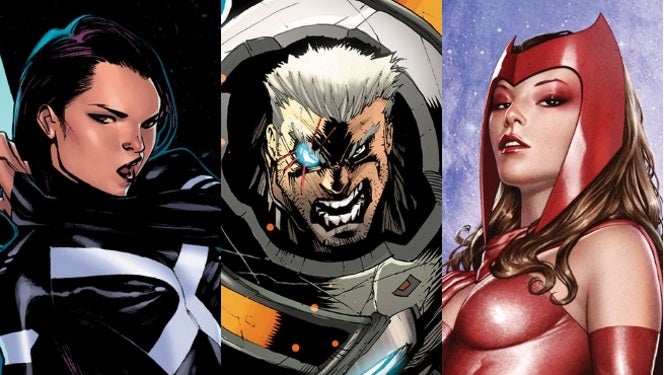 In an extended question and answer session with fans, via Yahoo, X-Men: Days of Future Past writer Simon Kinberg hints at certain mutants who may be making appearances in X-Men: Apocalypse.

The sometimes British, sometimes Asian, sometimes ninja Psylocke was apparently considered for inclusion in X-Men: Days of Future Past, but may yet appear in Apocalypse.

"She's a fan favourite, and also a favourite of mine. We have a small part that she plays in 'Last Stand', and we talked about including her in 'DOFP' quite seriously actually. There was a version of the script she was in and we even auditioned some actors in Montreal. But we didn't feel there was enough of a part she would play in a movie that was already full of many, many mutants.

"She has a cool power. I know Bryan thinks she's a neat character so there's certainly a chance she'll be in an 'X-Men' movie some day. Hopefully there'll be a lot of 'X-Men' movies and there's lot of mutants we're yet to fully explore onscreen, even if they've had cameos before. Now we're making more films there's a chance to dig deeper."

The Scarlet Witch almost got a mention in Days of Future Past, but she could be featured in Apocalypse.

"When we made 'DOFP' there is a reference to her in the scene when they're at Quicksilver's house, but we ended up pulling it out because like a lot of things it had to be sacrificed for the main momentum of the film. It's a character we all love, because everyone loves Quicksilver so much. The more we can do to explore his family, the better. So maybe."

Like Psylocke, Cable was also considered for Days of Future Past. The time-travelling mutant has a longstanding grudge with the villain Apocalypse in the comics, so he seems like he would be a natural fit.

"We also talked about including him in 'DOFP'. I will say, we love the character, we'd love to find a place for him in these movies, but I cannot confirm or deny which characters will actually be in 'Apocalypse' until I read some spoilers!"