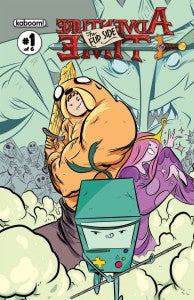 Adventure Time: The Flip Side

, set to debut in January from Kaboom! Studios, will feature the creative talents of Bandette creators Paul Tobin and Colleen Coover. BOOM! Studios today released a handful of variant covers for the first issue. You can check them out at right and below, along with some of the official description of the miniseries: This January, KaBOOM! Studios, an imprint of BOOM! Studios, launches ADVENTURE TIME: THE FLIP SIDE, an all-new, six issue, all-ages limited series. The highly anticipated series will be written by Eisner Award winners Paul Tobin and Colleen Coover (Bandette) and illustrated by Wook Jin Clark (REGULAR SHOW). Based on the top-rated Cartoon Network animated series, ADVENTURE TIME: THE FLIP SIDE is the latest in a series of commercially successful and critically acclaimed limited series that includes ADVENTURE TIME: MARCELINE & THE SCREAM QUEENS, ADVENTURE TIME: FIONNA & CAKE, and ADVENTURE TIME: CANDY CAPERS. ADVENTURE TIME: THE FLIP SIDE #1 will arrive in comic book stores on January 8 and carries a retail price of $3.99 under Diamond order code NOV130903. Not sure where to find your nearest comic retailer? Use comicshoplocator.com or findacomicshop.com to find one! It's also available for pre-order directly from boom-studios.com. 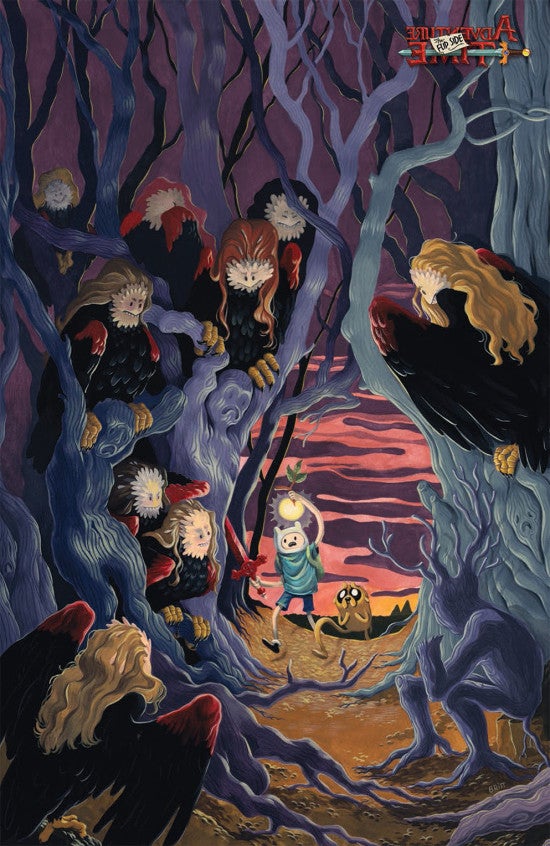 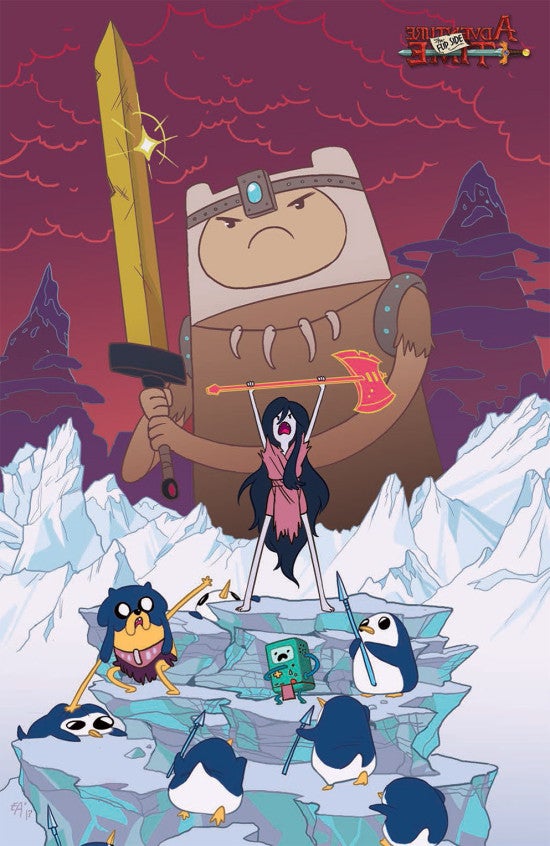 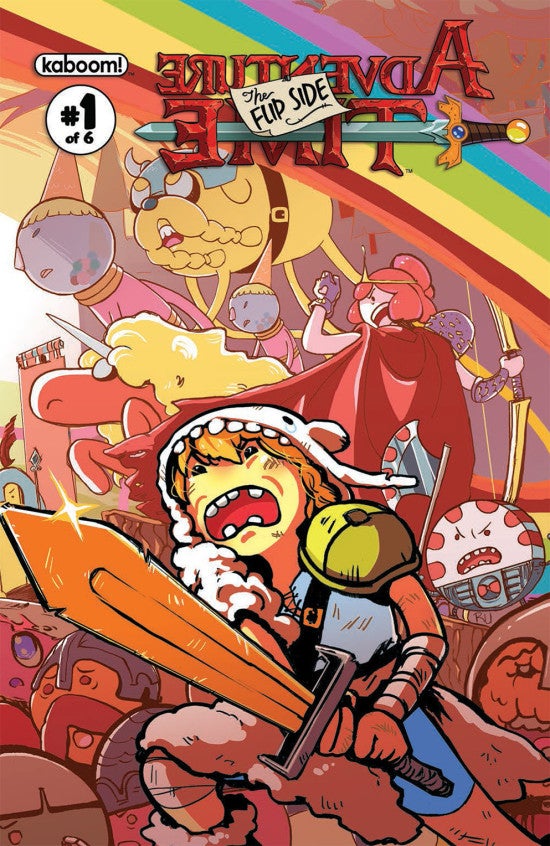