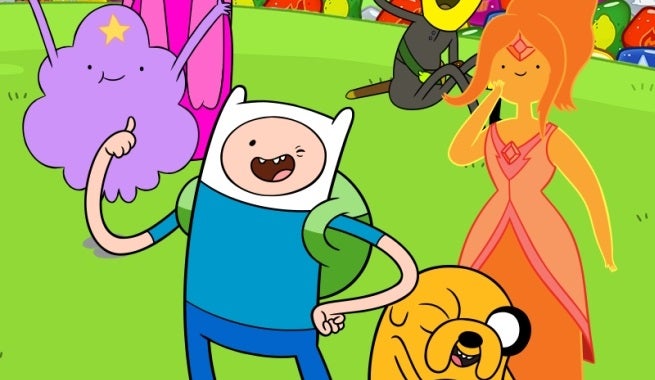 D3 Go! and Cartoon Network have announced Adventure Time Puzzle Quest, a new iteration of the Puzzle Question puzzle/RPG game franchise that will arrive for mobile devices this summer.

The game involves Finn and Jake journeying through the Land of Ooo, battling bad guys with an arsenal of equip-able items. Developed by WayForward in partnership with Cartoon Network, Adventure Time Puzzle Quest will allow players to complete quests and daily events, collect new characters, and compete in tournaments for prizes.

"The Puzzle Quest team at D3 Go! is proud of the distinctive and immersive match-3 experience infused in every Puzzle Quest game and today we get to bring that very same excitement with Cartoon Network in the very firstAdventure Time puzzle game for mobile devices," said Peter Andrew, vice president of publishing, D3 Go! In a press release.

"With its mix of strategy and role-play elements that tap into the creativity of the expansive universe, Adventure Time Puzzle Quest from D3 Go! is a fantastic addition to our video game franchise that will deliver an all-new gaming experience for the show's fans," said Pete Yoder, vice president, Cartoon Network Enterprises, North America.

Adventure Time Puzzle Quest  will be released as a free download in the Apple App and Google Play stores this summer. Check out screenshots of the game in the gallery below.