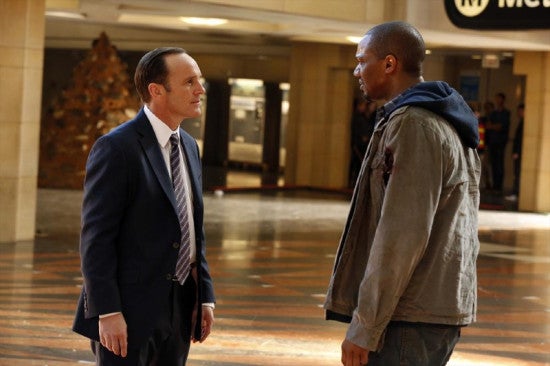 Per Marvel's website, the episode will also bring back Raina as Coulson and his group make a run on Centipede, bringing in Richards's Mike Peterson as their superhuman trump card.

It's called "The Bridge," and here's the official description: 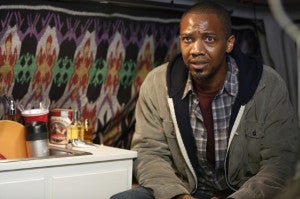 In a shocking cliffhanger episode, Coulson takes the war back to Centipede, and this time he brings in Mike Peterson for some super-soldier support. As they get closer to the truth, startling secrets are revealed and an unexpected twist threatens the team, on "Marvel's Agents of S.H.I.E.L.D.," Tuesday, December 10 (8:00-9:00 p.m., ET) on the ABC Television Network.

"The Bridge" was written by Shalisha Francis and directed by Holly Dale.

It's worth noting that while many of the fans demanding a deeper and more meaningful connection to the Marvel Universe might see such a crowded episode with ties to the finale as prime real estate to bring in some familiar names and faces, it doesn't seem as though any of those names are meaningful in the Marvel Universe. The closest we get is that the Haywards might be a reference to "The Diary of Dr. Hayward," a one-page strip Jack Kirby did under a pseudonym back in the earliest days of his career.

Agents of S.H.I.E.L.D. Brings Back J. August Richards For Two-Parter