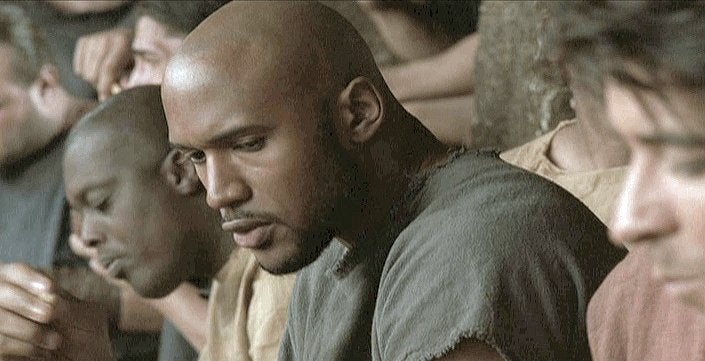 Henry Simmons has joined the cast of Marvel's Agents of S.H.I.E.L.D. in the recurring role of Alphonso "Mack" Mackenzie, Marvel.com announced tonight.

Another S.H.I.E.L.D. Agent from the comics, Mackenzie first appeared in the classic Nick Fury vs. S.H.I.E.L.D. miniseries. The television version of the character will serve as a mechanic allied with Coulson's team.

It's not totally clear whether B.J. Britt, who played Agent Antoine Triplett, will be back in Season Two and while Brett Dalton's Agent Ward will return, he will likely not be a member of the week-to-week team. The addition of another S.H.I.E.L.D. member with comic book ties will likely help to flesh out the team a bit if those characters are missing or sidelined.

Best known for his work on NYPD Blue, Simmons established his genre cred with Spartacus, a series whose cast is often raided for Arrow talent including Cynthia Addai-Robinson, Katrina Law and Manu Bennett.

Simmons joins a handful of new characters coming to Marvel's Agents of S.H.I.E.L.D. when the new season premieres Tuesday, September 23 on ABC, including Lucy Lawless. Twin Peaks and How I Met Your Mother's Kyle MacLachlan will join the series in  role that we'll protect for spoilers here, but you can read more about here.