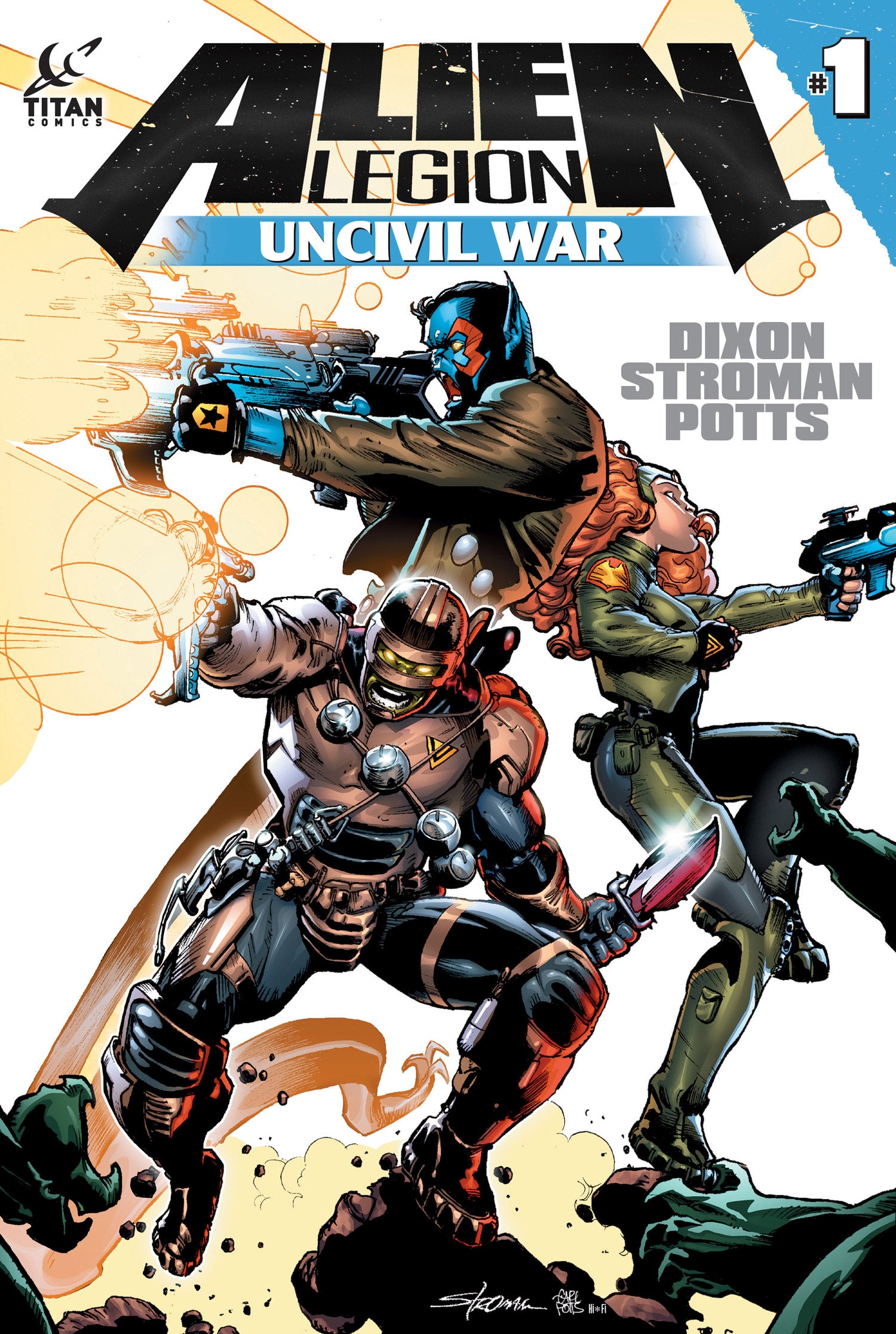 Titan Comics have released a trailer for Wednesday's first issue of the newest version of Alien Legion.

The first new series from the property in 15 years, it's written by Chuck Dixon and features art by Larry Stroman.

Dixon has recently raised some hackles and made some headlines by co-writing a blistering editorial in the Wall Street Journal which, among other things, claimed his conservative politics are standing in the way of getting him work in the Big Two.

You can check out the trailer, as well as the official solicitation text from Titan, below.

In a galaxy savaged by strife, torn by civil war, boiling with spilt blood, Alien Legion is a cosmic military force doing its damnedest to keep the peace by being always ready for war.

At the tip of the Legion's multi-species spear is Force Nomad – the worst of the worst fashioned on the white-hot forge of battle into the best of the best. Now the squad's grizzled veterans are on what should be a boring milk run; shepherding refugees fleeing a civil war ripping apart their system. Could be a good chance to to toughen the newbies of Nomad into soldiers... until straight-up peacekeeping descends into full-scale war!

A must-have for any fan of the original run, this is also the perfect point for new fans to hit Alien Legion's hot LZ! Get to it, ya damn bospors!