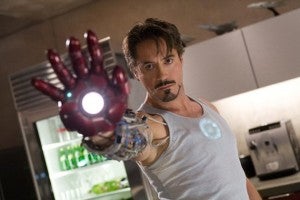 Aside from concerns over censorship and piracy, there's another wrinkle to Disney's plan to co-finance Iron Man 3 with China's DMG Entertainment and film part of the movie in that country: the Alliance For American Manufacturing doesn't particularly like the idea, either.

The organization identifies itself as "a unique non-partisan, non-profit partnership forged to strengthen manufacturing in the United States," and claims to be made up of a partnership between American manufacturers (you know--like Tony Stark!) and the United Steelworkers Union.

In an e-mail sent to their supporters earlier today, the organization asked, "Why is 'Iron Man 3' being Made in China?" In the body of the e-mail itself (also available on their blog), the organization posed the provocative question, "Essentially, Iron Man showed that manufacturing can be high-tech and modern. So what does it say when suddenly Iron Man has to be made in China, too?"

That's a hard question to answer, although it should be noted that the very first suit of armor was built overseas (albeit from American parts).