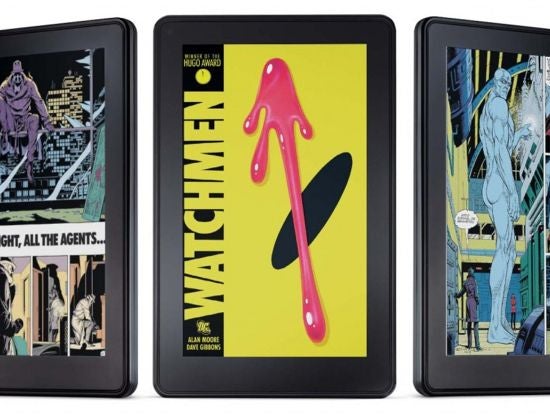 Amazon, one of the world's largest online retailers of books and other media, is set to acquire comiXology, the largest online comics retailer in the United States. "ComiXology's mission is to spread the love of comics and graphic novels in all forms," David Steinberger, co-founder and CEO of comiXology, said in the press release announcing the news. "There is no better home for comiXology than Amazon to see this vision through. Working together, we look to accelerate a new age for comic books and graphic novels." Terms of the acquisition were not disclosed. Founded in 2007, comiXology offers a broad library of digital comic book content from over 75 of the top publishers as well as top independent creators. "Amazon and comiXology share a passion for reinventing reading in a digital world," David Naggar, Amazon Vice President, Content Acquisition and Independent Publishing, said in the statement. "We've long admired the passion comiXology brings to changing the way we buy and read comics and graphic novels. We look forward to investing in the business, growing the team, and together, bringing comics and graphic novels to even more readers." The acquisition is expected to close in the second quarter of 2014. As of press time, it's understood that comiXology will retain a separate headquarters in New York, rather than moving into Amazon facilities. The full text of a letter from ComiXology to its readers can be seen below.

Dearest readers, I'm very excited to share some big news with you: we have just announced that comiXology is becoming a part of the Amazon family! More than seven years ago, John D. Roberts, Peter Jaffe, and I set out to connect people to comic books and graphic novels they'd love, and we're so excited about how far we've come. Thanks to the books we are privileged to present and the platform we created, there's access to more diverse content than ever, allowing all readers to enter the amazing world of comics. We have long had the goal of making every person on the planet a comics fan. With Amazon's help, this crazy goal is more possible than ever before. With the Kindle, Amazon has shown a passion for reinventing the reading experience, just like comiXology has shown for comics and graphic novels. ComiXology will retain its identity as an Amazon subsidiary and we're not anywhere near done "taking comics further." We are confident that – with Amazon by our side, who shares our desire for innovation and a relentless focus on customers – we've only just begun. We wouldn't be here without you, our customers. Thank you. The best is yet to come! David Steinberger Co-founder and CEO