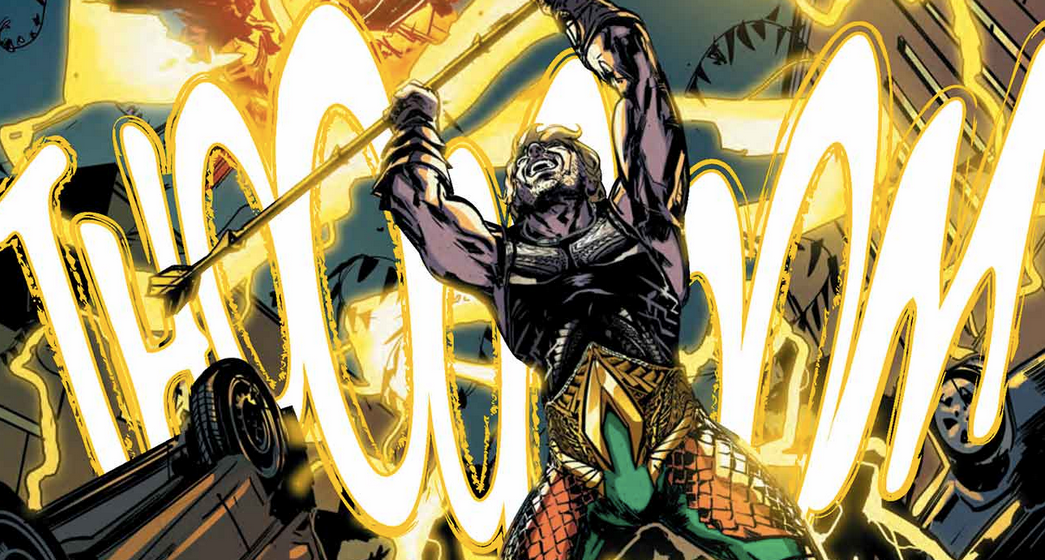 As part of DC's "Divergence" initiative, which promises to alter the status quo for the publisher's biggest characters, Aquaman will sport a brand-new look in Aquaman #41. The change-up is a rather drastic departure from the classic uniform Arthur Curry has sported since The New 52 relaunch in 2011. As DC's first look at the new uniform show, Aquaman will take visual cues from several different areas. The long hair and tribal markings on his chest armor match with Jason Momoa's live-action look in the upcoming Batman V. Superman: Dawn of Justice film, while the blue ribacage pattern recalls Aquaman's blue camouflage look from a few years back. The only real vestige from Aquaman's old costume are his pants, which keep the character's traditional green and scaly-gold coloring.

You can check out the new Aquaman in action inside DC's new preview of Aquaman #41 (which actually looks pretty hardcore), written by Cullen Bunn and illustrated by Trevor McCarthy. And as an added treat, DC Comics has supplied ComicBook.com with a first-look at Aquaman #41's cover. You can ogle over that in the gallery below.

But what say you readers? Do Aquaman's new duds tread water, or do they sink like a stone? Let us know in the comments.