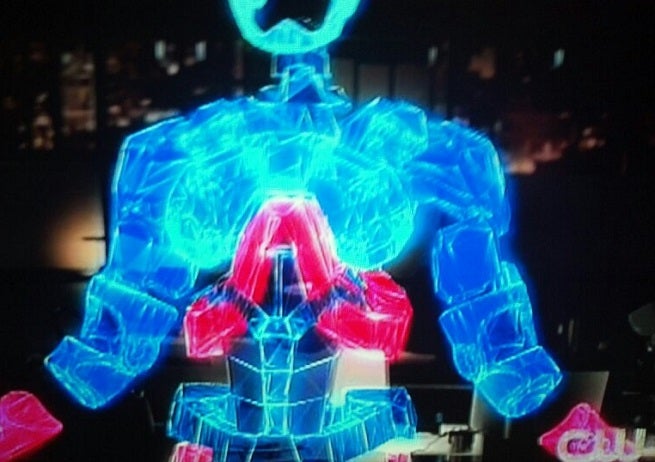 On tonight's episode of Arrow, fans got their first full glimpse of Ray Palmer's A.T.O.M. Exosuit. No, not the Fallout 3 armor. We got an explanation for that.

This remains less complete than that, but certainly a lot more like The Atom from the comics (and what we'd seen previously).

Back in the season's seventh episode, we saw him using Queen Consolidated's technology and resources to render a mock-up of the exosuit, something that looks quite a bit like a suit the character has been spotted wearing in the New 52 when operating as the size-changing superhero The Atom. 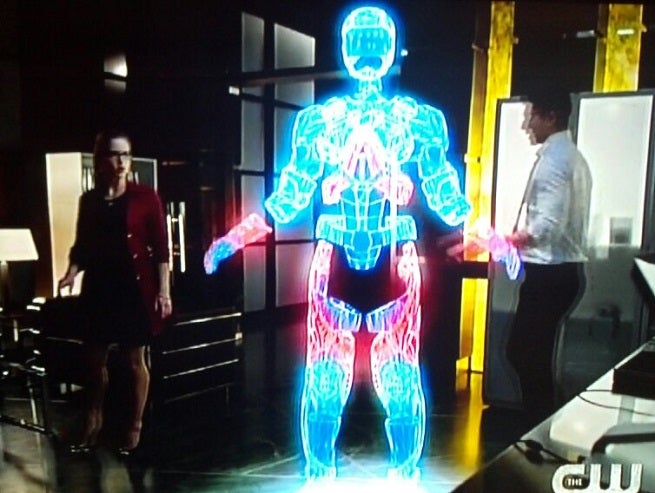 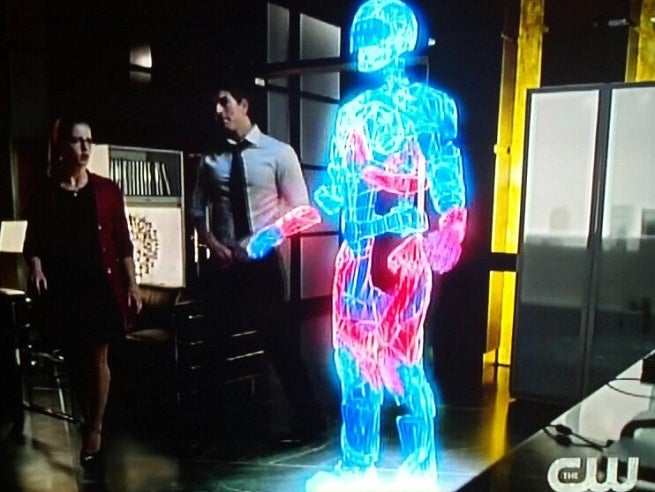 While executive producer Marc Guggenheim has also said that Ray won't be shrinking on Arrow anytime soon, the initial casting call listed him as a tech-powered vigilante. So -- whatever he ends up becoming -- what does the tech he's powered by look like? Check it out below...