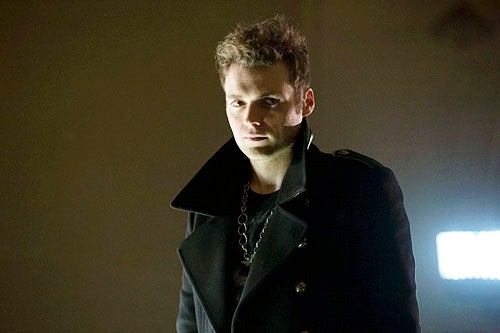 The CW have released (via Entertainment Tonight) an alternate opening sequence to last night's episode of Arrow, titled "State vs. Queen." You can see it embedded below.

You can get a good look at Count Vertigo's escape from Iron Heights prison, set at the end of last season, from a slightly different angle--and figure out how it was that he knew to bend over and pick the keys up off that guard's body in the hallway, and why he looked kind of sadly at the man--which made it into the final cut in spite of the fact that the rest of this was missing.

It also gives a little more of a sense as to why he elected to hand the keys off to the Dollmaker as he made his escape.

According to ET, "The original version of tonight's opening had to be trimmed down because of time, but thanks to ETonline's very own Felicity, I got my hands on the entire, unedited re-introduction to The Count." We wonder, then, whether this might turn up as an extended cut on the DVD and Blu-ray release...?