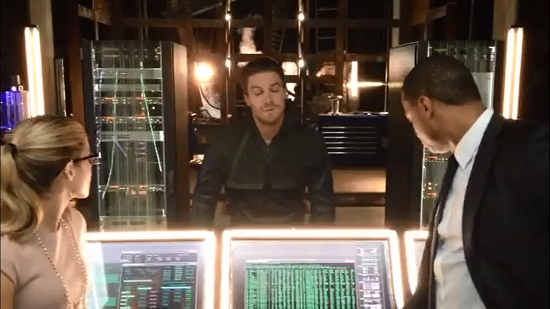 Social media went nuts today at the city of San Francisco was transformed into Gotham City as part of a special Make-A-Wish event for a young boy with cancer who wanted to team up with Batman for a day. The furor over "Batkid" apparently had people so transfixed that nobody was out there doing anything bad that a superhero might need to stop--at least in Starling City. Arrow cast members David Ramsey, Emily Bett Rickards and Stephen Amell got together to lament the lack of any crime in the city tonight and to plan a night out getting food in the Green Arrow suit since Batkid had made the streets safe. Check it out below.