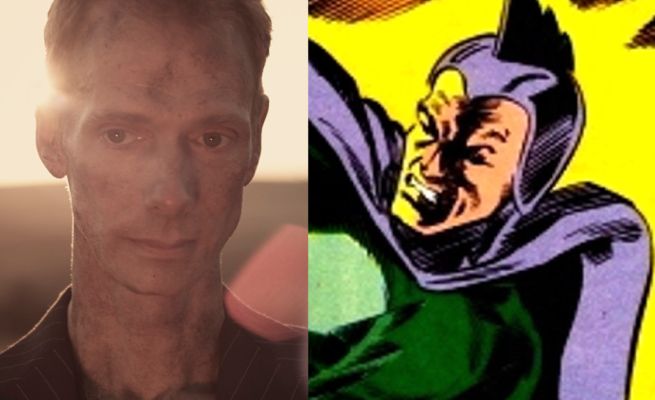 The CW has cast actor Doug Jones as the DC Comics villain Deathbolt on Arrow.

If the name leaves you scratching your head, you're not the only one. Deathbolt is a C-list DC villain at best, who debuted in All-Star Squadron #21 in 1983. While the mohawked antagonist harnessed the power to manipulate electricity in the comics, he'll control plasma energy as a metahuman on Arrow. Deathbolt's status as a metahuman, affected by The Flash's Particle Accelerator explosion, shows another connection between The Flash and Arrow, and The CW's dedication to creating an established universe.

Deathbolt's actor, however, comes much more vetted through the comic book world. Doug Jones sports a healthy resume of comic book and science fiction films that dates back to 1992's Batman Returns. His notable roles include The Silver Surfer in Fantastic Four: Rise of The Silver Surfer, and Abe Sapien in both Hellboy and Hellboy II: The Golden Army.

According to IGN, Deathbolt will appear in Arrow's nineteenth episode, "Broken Arrow."