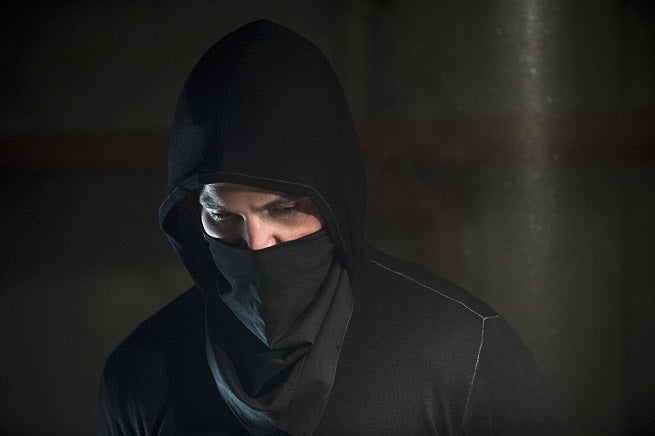 Warning: Major spoilers ahead for tonight's episode of Arrow.

During a recent screening and Q&A session in Los Angeles, Arrow Executive Producer Marc Guggenheim told reporters that next week's episode of Arrow, titled "Sara," is "gut-wrenching" and "brutal, saying that he believes it's one of their best.

Here's a bit of the conversation:

Can you talk about "Sara," the second episode, and what we're going to be seeing?

302 is one of our most emotionally gut-wrenching episodes -- as it needs to be, as it should be, becuase this character's death affects all of the characters on the show. It's kind of brutal. I don't want to spoil it too much, but we chose the title "Sara" because it actually has a double meaning and I really don't want to say more than that, but it does have a double meaning. It is harsh. I will say there's the question of what should be done with Sara's body; there's the question of who do they tell? Do they tell Lance, for example, that his daughter died a second time? There's the emotional repercussions for everybody but it definitely has repercussions for Oliver and Felicity and it has repercussions for Felicity and Ray Palmer, and obviously for Laurel. I mean, Laurel's very much at the center of the episode. We're also going to turn to a suspect in teh killing andwith us, you never know how soon things will get resolved or in what way they'll get resolved.

But 302, I have to say, I think is one of our best episodes. I'm really, really happy with it. It's everything laid bare; it's all out there. Everyone's raw and naked. It was a really hard episode for the cast to shoot -- particularly Emily [Bett Rickards], Stephen and Caity. And Caity Lotz, who basically has to lie on a slab and not breathe and actually does a very, very compelling job of being dead. It's really, really powerful. It's a hard episode to watch. If you're prone to tears or capable of crying during watching a TV show, you'll probably be crying.

Would you call it a change of pace episode?

In some ways, yeah. I think it has all the elements that you typically expect from an episode of Arrow. But like when we killed Tommy in 123, we went to a season finale end and a hiatus so we never really dealt with the repercussions of his death. With 221 after Moira's death, we dealt with the repercussions of that by taking Oliver out of the show, essentially, for an act. This episode is sort of the first time that we've really taken our time and really spent some time with these characters in the wake of a major character's death. and I think as a result it has a different spin to it, for sure.

Arrow will be back next Wednesday at 8 p.m. ET/PT on The CW.

Arrow Executive Producer Guggenheim: Next Week's Episode Is "Brutal," Hard To Watch and "One of Our Best"