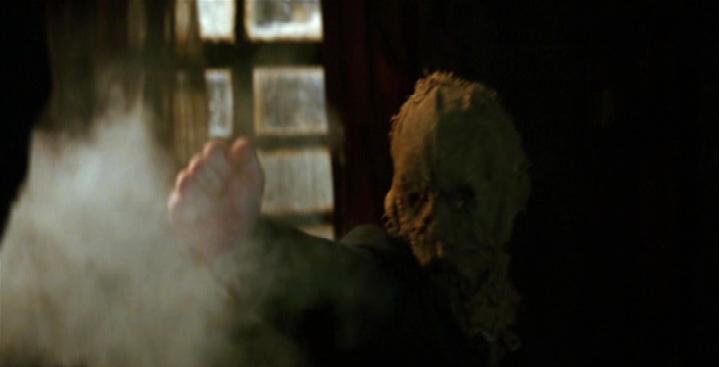 Fans watching tonight's episode of Arrow and hoping for a tease of this season's "big bad" Ra's al Ghul might have noticed that there's a bit of similarity between the function of the new Vertigo drug -- which brings out the worst fear in those it's weaponized against -- and the gas used by Jonathan Crane, the Scarecrow, who worked with Ra's al Ghul in Batman Begins.

"Total coincidence," Guggenheim said. "Total coincidence. Good question, but total coincidence. Its presence in 301 was really designed to get at that theme that Oliver is struggling with this theme of identity and we certainly talked about that in the writers' room -- are people going to think we're doing the same thing as Batman Begins? But for us, character and theme trump everything and, no, we're doing our own thing and if we were connecting it to Ra's, it would be very Batman Begins but they're very separate."

It's unlikely we've heard the last from this version of Count Vertigo, though, so keep an eye on future episodes of Arrow.

Arrow Executive Producer: No, There's No Batman Begins Connection In The Season Premiere