Warning: Spoilers ahead for tonight's episode of Arrow. 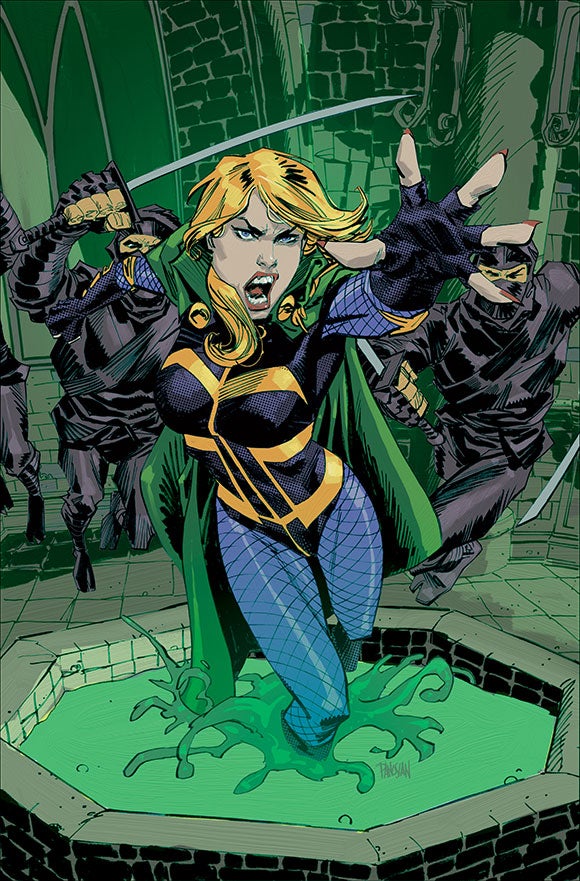 Following the brutal final moments of tonight's Arrow, the words "Lazarus Pit" have popped up basically everywhere on the comics Internet, including the comments threads of nearly every story dealing with the episode.

And probably with good reason.

In this week's episode, when Oliver challenged Ra's al Ghul to trial by combat, Ra's remarked that it had been 67 years since anyone had done that. Given the fact that Matt Nable doesn't look a day over 66, and he said that he killed his first person just before becoming a teenager, it isn't unreasonable to wonder how that makes sense.

And that's where the Lazarus Pit comes in.

Lazarus Pits are a naturally-occuring phenomenon in the DC Universe; think of it as a natural spring with restorative powers...very restorative. They can help cure and heal those at death's door, or keep a healthy person young seemingly indefinitely. For centuries, the pits served the purpose of prolonging the lives of Ra's al Ghul and those closest to him. Nyssa, who appears on Arrow, has periodically used them.

A number of other characters have taken a dip in the pits to be healed, including Batman. At one point, Ra's claimed that the pits could even restore those long dead, stealing the bodies of Thomas and Martha Wayne and threatening to bring them back to life. In most cases, the Lazarus Pit has a corrosive influence on the user's mental health, particularly if used over a long period of time.

Lazarus Pits are composed of a unique unknown chemical blend that bubbles up somewhere within the Earth's crust to the surface at key points on Earth, typically at the junction of ley lines.

In addition to the pits' regenerative uses, their power has also been used as a weapon. When Nyssa once confronted the Injustice Society, she claimed to have a staff which channeled the power of the pits and could therefore destroy both the undead Solomon Grundy and Gentleman Ghost.

Could it show up on Arrow? For a long time, fans and critics have said no. The show is too "grounded" and "realistic" for things like the Lazarus Pit. The presence of the Mirakuru soldiers made some question that notion, though, and this year's crossover with The Flash shows that the series is open to the fantastic.

Arrow: What is the Lazarus Pit?