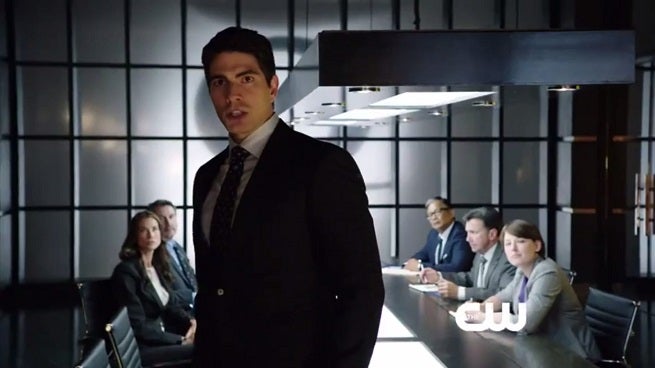 Fans hoping to see a classic interpretation of The Atom on Arrow this season may be disappointed, according to a new interview with series Executive Producer Marc Guggenheim.

During a Q&A with reporters in California today, Guggenheim addressed the question of whether Brandon Routh's character -- whom we know will get a costume at some point this year -- will actually be The Atom, the traditional red-and-blue clad, shrinking superhero.

“I think anything is possible. My instinct is that if Ray Palmer’s going to shrink, he’ll probably shrink on another show,” Guggenheim is quoted as saying. “With The Flash in existence, there’s no real compelling reason for us to do super powers on Arrow. We can bring characters to Flash to have super powers. We have plans for Ray that don’t involve shrinking, but our plans for Ray are actually really cool.”