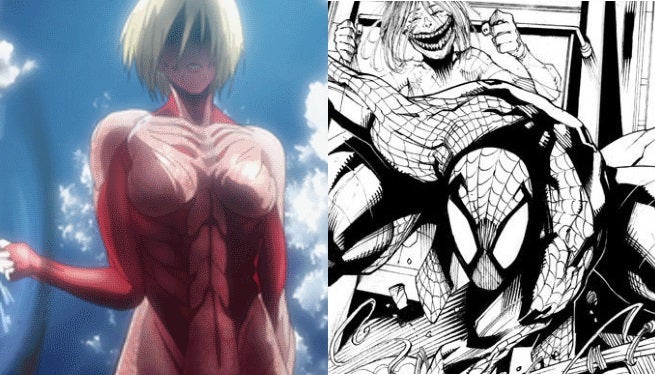 Japanese pop culture magazine Brutus has revealed some new details concerning the upcoming crossover between Marvel Comics and the Attack on Titan manga (via CrunchyRoll).

According the magazine’s next issue preview, Brutus 790 will feature a What If…? story that sees the Avengers battling the Female Titan from the popular manga in New York City (this conflicts with information initially tweeted by C.B. Cebulski, who said the crossover would take place in Japan).

The issue will also feature thoughts on the crossover and the characters from Attack on Titan creator Hajime Isayama. Isayama will draw a Titan sticker and the cover for the issue, but it’s still unclear who will actually be drawing the story itself.

Brutus 790, featuring the Avengers/Attack on Titan crossover, goes on sale in Japan on November 15.