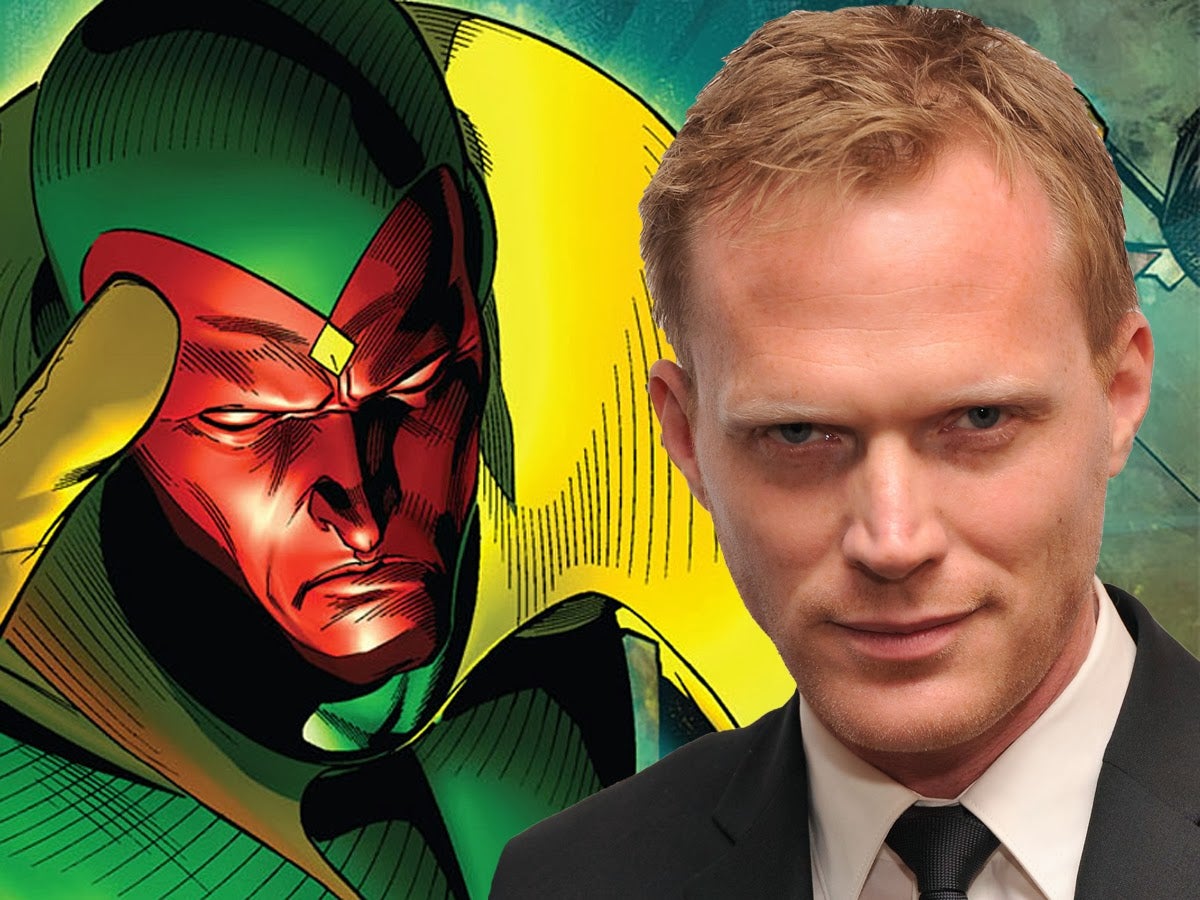 Despite being rather chatty in Marvel's films, actor Paul Bettany has remained very mum when it comes to his Avengers: Age of Ultron characters J.A.R.V.I.S. and The Vision.

Bettany, who has voiced J.A.R.V.I.S. in all three Iron Man films and The Avengers, finally broke that silence to The Hollywood Reporter, offering a sliver of information regarding his android character's appearance in the Avengers sequel. While Bettany's comments were mostly of the "I still can't tell you anything" nature, he did think that all would be revealed shortly. He also indicated that The Vision will indeed be an upgraded edition of the J.A.R.V.I.S. artificial intelligence, and that the specific evolution has been Marvel's plan for quite some time.

"It's a secret I've kept for about three years, which is really hard, especially with three kids. I'm contractually obliged not to talk about it," Bettany told The Reporter, adding that "J.A.R.V.I.S will be there and so will The Vision. But I simply can't tell you any more."

So far, Marvel has offered very little information about the Avengers' newest addition. The only official acknowledgment that the studio has given the android  is a small appearance in the Avengers: Age of Ultron poster that premiered during San Diego Comic Con this July. Leaked concept art has informed fans on how the Vision will look in the film, but story-specific details still remain scant. In fact, when leaked marketing art showcasing The Vision surfaced a few weeks ago, Disney and Marvel quickly had it removed. Obviously, The Vision is one detail the studio is determined to play close to the chest.

With less than six months to go until Avengers: Age of Ultron hits theaters, Marvel will most likely start a promotional push for the character soon. The film lands in theaters on May 1st, 2015.