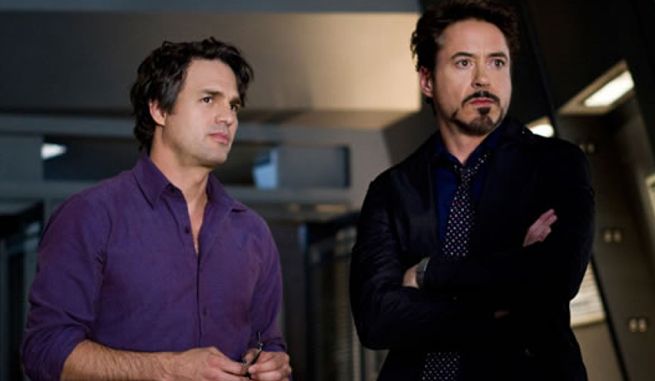 One of the great things about the first Avengers movie was the interaction between Mark Ruffalo and Robert Downey Jr. The two will be back on screen together in the upcoming Avengers: Age of Ultron, which is set to be released on May 1, 2015.

During a Reddit AMA, Mark Ruffalo was asked if his friendship with Robert Downey Jr. in real life is as good as it is on the big screen between their respective characters. Here’s how Ruffalo responded.

Better. We have a really good friendship. We've known each other since before Zodiac. And he's kind of like an older brother that I wish I had. He sort of looks out for me, and I remember when the role came up in the movie, I reached out to him, I was nervous about it, I said "I don't know if I can do this" and he said "It's alright buddy, I gotcha."

Even though Ruffalo compared Downey Jr. to an older brother, it wasn’t Iron Man who he selected when asked to pick his favorite Avenger after Hulk.

Ruffalo said, “Probably Black Widow. She's just so cool, and she has to rely on her wits and her own attributes to outsmart and get the upper hand on her opponents.”