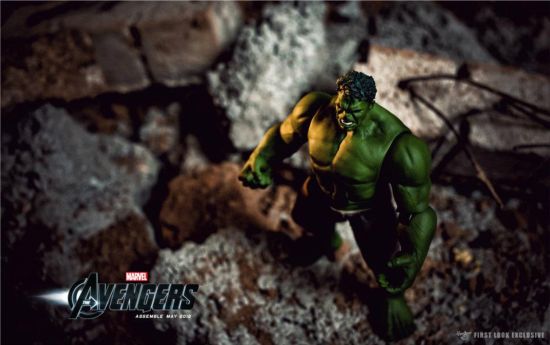 Marvel Comic has unveiled action figures being made by Hasbro for the Avengers movie, and they are amazing. The photos by Ed McGowan show the action figures with action-packed backgrounds. Here are the details on The Avengers line from Hasbro. 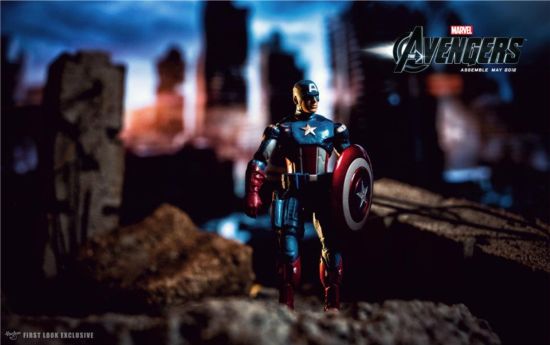 The Avengers action figures will be 3 ¾ inch figures with 11 to 17 points of articulation, depending on the figure. The Hulk action figure is actually just a little bigger than the rest of the action figures in the line. Hulk comes with a Hulk smash feature.

Hasbro worked with Marvel to capture the likeness of each of the actors playing the characters in the movie. To be able to work with likenesses at such a small scale, Hasboro received 3D scan data from Marvel. 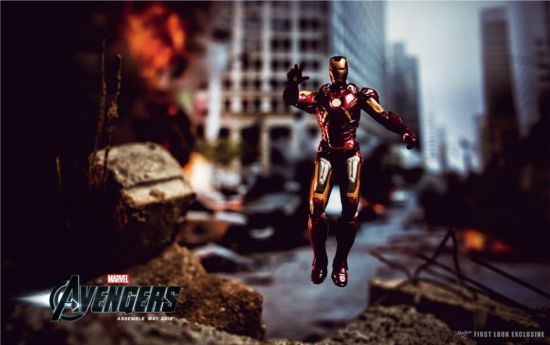 There are 15 different figures planned for The Avengers movie 3 ¾ product line. Captain America, Iron Man, Thor, Hulk, Hawkeye, Black Widow, and Loki were revealed as seven of the designs. When asked if Agent Coulson would be one of the designs, a Hasbro design team member said, “We don't have Coulson planned for the 2012 line, however you will see many new characters that you've never seen before in our line-up.” The new characters is a very interesting comment, because it raises the question of what characters are popping up in the Avengers movie that have not previously had action figures done by Hasbro. 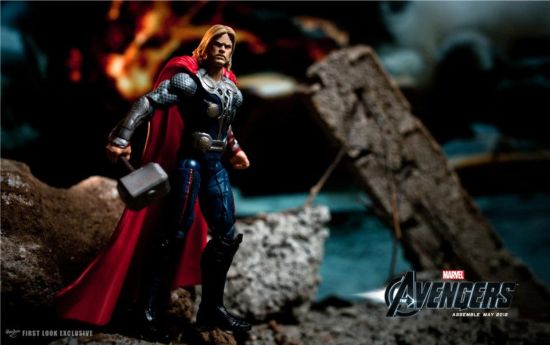 Haboro wouldn’t comment on whether there would be variants or not, which likely means that there will be. In addition to action figures, The Avengers movie line will also include many vehicles and role play toys. Product should be on shelves in early March. 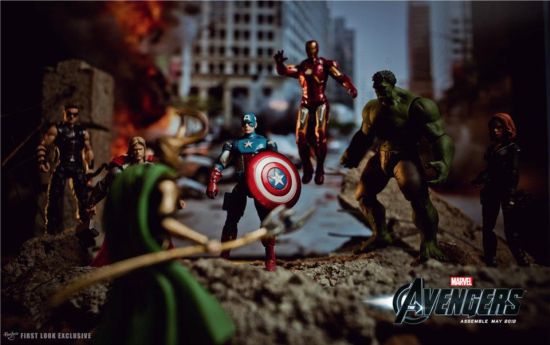