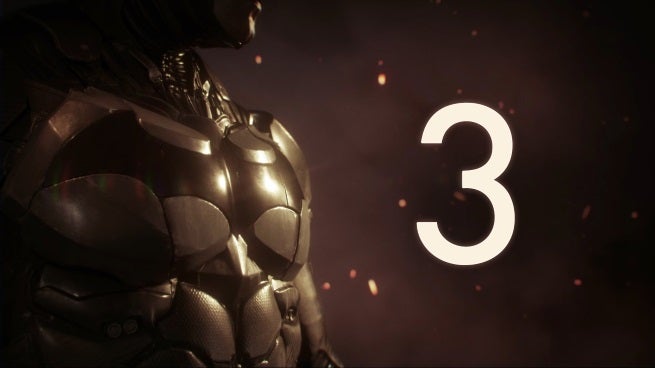 Rocksteady Studios and Warner Bros. Interactive Entertainment have released a sneak peak at the coming trailer for Batman: Arkham Knight.

In Batman: Arkham Knight, the conclusion to Rocksteady Studios' Batman Arkham trilogy, Scarecrow is back to wreak his revenge against Batman, and he's joined by a completely new and original character, the Arkham Knight. The game is also the first in the series to let players take control of the Batmobile.

The teaser begins the 3-day countdown to the full release of the next Batman: Arkham Knight trailer by offering a glimpse at a returning character. They don't say who in the tease, but it looks like Azrael to us.

Batman: Arkham Knight will be released for PlayStation 4, Xbox One and PC on June 23.