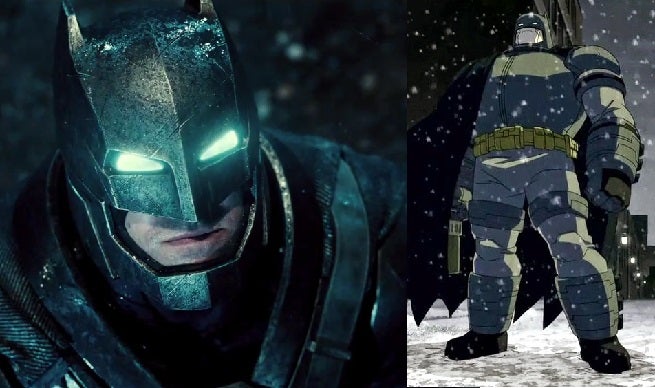 When Batman V Superman: Dawn fo Justice was announced at Comic Con International: San Diego two years ago, it was with Man of Steel actor Harry Lennix reciting lines from The Dark Knight Returns onstage, followed by a logo reveal.

It's been clear since then -- not just by implication, but by direct statements from the creatives behind the film -- that The Dark Knight Returns was a major influence on Zack Snyder and the way he's handling the film.

Check out what we spotted below and let us know what we missed in the comments.

Both the power armor he wears during the climactic fight with Superman in The Dark Knight Returns and the more basic batsuit (and the big, beefy build he has to go with it) make an appearance in this trailer looking almost exactly as they do in Miller's story. 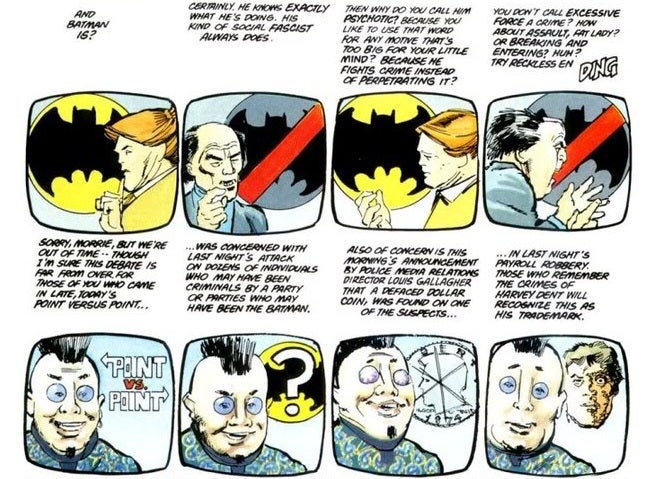 While we don't get the never-ending montage of TV screens, what we do get in this trailer is the notion that the world feels obliged to comment on metahuman activity in a quasi-academic and almost obsessive way.

That montage of "experts" voicing opinions on Superman in the trailer isn't unlike the various talking heads who appeared on TV screens throughout The Dark Knight Returns, waxing intellectual on Batman, his rogues gallery and more.

The way Bruce Wayne looks at the empty cowl in its display has led some people to believe that he's retired or semi-retired at the start of the film and brought out of retirement to deal with the issues raised by Superman's debut. This one is far from confirmed, but if it turns out to be true, it would be a huge, obvious plot point lifted from The Dark Knight Returns. 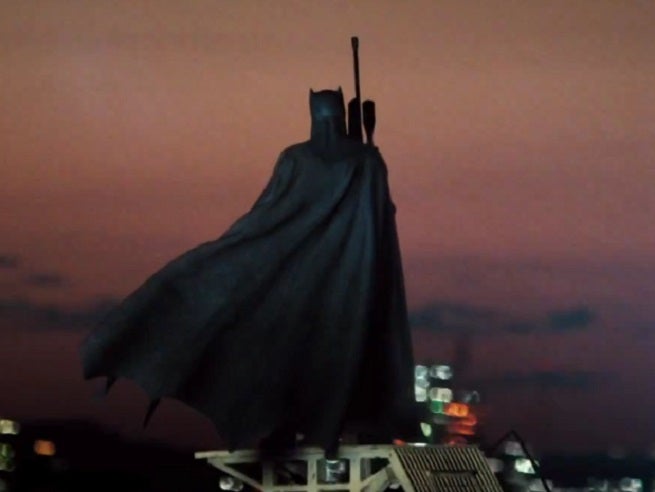 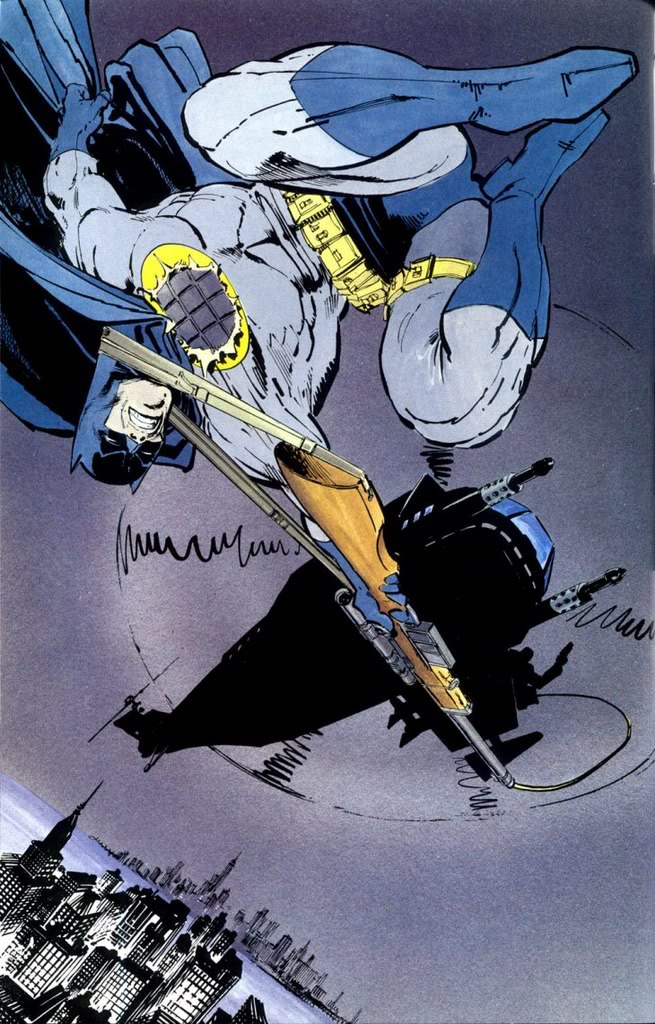 This shot -- and the idea of Batman with a gun in general -- is an obvious callback to The Dark Knight Returns' scene with the rifle that's actually a grappling gun, as seen at right.

The "Do you bleed? You will" sounds like kind of absurd grandstanding but -- assuming it's actually Batman speaking and not creative editing for the trailer -- it sounds a bit like the trash-talk Batman aimed at Superman at the end of their fight, just before collapsing with a heart attack.

It's also a very Frank Miller line. Recently I rewatched Sin City and it struck me just how many of his dialogue tropes carry over from work to work.

Even just the fight, as acknowledged above, feels very Miller-inspired. The notion that heroes meet, fight, and then team up is nothing new in comics, but in this case the most notable fight between the two characters happened in one particular, easily recognizable story which we already know has heavily influenced the rest of the film.

The Conners Rushing Political Episode to Air Before Election Day