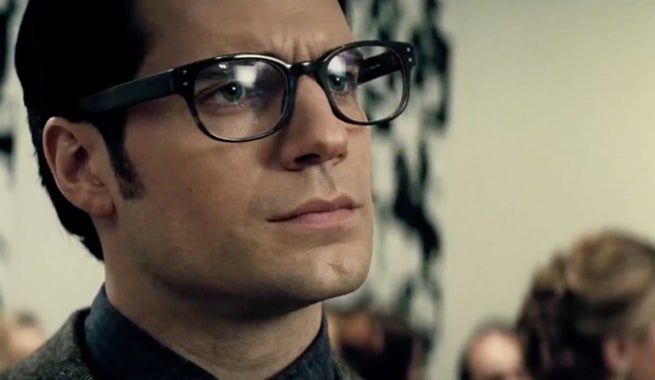 A brand new trailer for Batman V. Superman: Dawn of Justice debuted Wednesday, finally sharing some plot details and giving us a glimpse at how Ben Affleck will portray the Caped Crusader and Jesse Eisenberger will take on Lex Luthor.

The trailer was packed with new dialogue, so let's take a look at the five best lines it had to offer.

While it may come off as Bruce Wayne knowing Clark Kent is, in fact, Superman, he may just genuinely be getting defensive over Clark criticism of Batman when he says, "The Daily Planet criticizing those who think they're above the law is a little hypocritical, wouldn't you say?"

He wasn't done. He goes on to call out Clark's coverage of the Kryptonian hero. "Considering every time your little hero saves a cat out of tree you write a puff piece editorial," he says.

Do they know how much they're insulting one another?

Any reference to the larger DC Universe is always welcome. This time - it's the Joker.

"Maybe it's the Gotham City in me," Bruce says to Clark. "I have a bad history with freaks dressed like clowns."

Batman will be appearing in Suicide Squad with Jared Leto's Joker, so it's likely the first time we'll see any of that backstory develop.

"That son of a bitch brought the war to us," Bruce responds in truly bad-ass form.

But Alfred says what is on all of our minds when we picture Batman (or almost anyone) going to battle with Superman. "You know you can't win this, it's suicide," Alfred warns.

Then, to top off all of those lines, Superman calls out what so many Internet comment sections have said since the film's title was announced. "Stay down! If I wanted it, you'd be dead already!"

While Lex Luthor may come off a bit childish and immature at times, he's clearly quite manipulative and poetic.

"The son of Krypton versus Batman of Gotham," gets Luthor pretty excited as he explains the ultimate gladiator showdown to Lois Lane. She calls him "Pyshchotic," but he is quickly ready to dismiss the insult, saying, "There is a three syllable word for any thought too big for little minds."

When Wonder Woman appeared to help the fight against Doomsday, Superman and Batman both seemed to be caught off-guard.

"She with you?" Superman says to Batman.

"I thought she was with you," Gotham's vigilante responds, in a rare moment of humor from the DC Extended Universe.