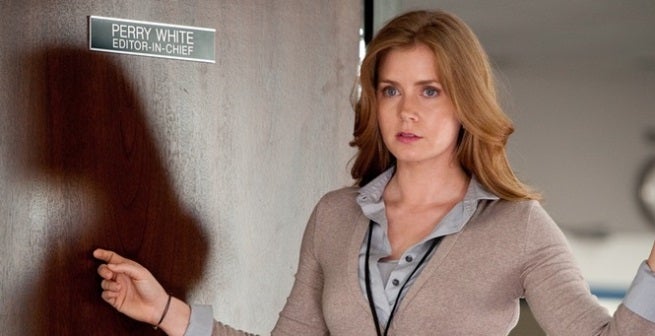 That's because Adams, on top of being a super fan of Superman, is also a self-described super fan of One Direction, Saturday Night Live's musical guest. As promotional clips for this weekend's episode show, Adams can't contain herself at the thought of an adolescent boy bands. What, spit curls and spandex don't do it for you anymore, Amy? As if that weren't enough, Adams will have to keep dodging marriage proposals from SNL cast member Taran Killam, who seems to be feeling the holiday cheer a little too intensely in the video below.

It looks like Superman may have to squash some other contenders first before locking horns with Batman.