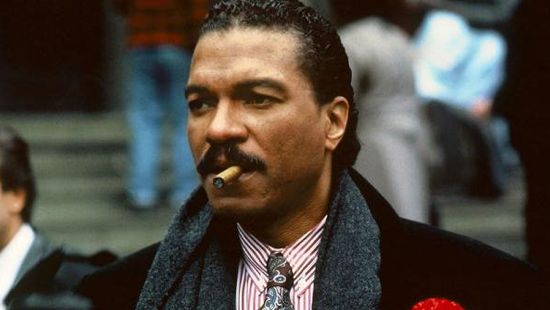 In the 1989 Batman movie, Billy Dee Williams played Harvey Dent. However, when it came time for Harvey Dent's villainous alter ego Two-Face to emerge in Batman Forever, Tommy Lee Jones was cast in the role of Two-Face instead.

At the recent Wizard World Nashville Comic Con, a fan asked Billy Dee Williams if the original plan was for him to become Two-Face.

“I had hoped that I would have done Two-Face,” said Williams. “But it changed hands before then, and I think Schumacher got involved, so they took a different direction with that.”

A well-known internet rumor says that even though Billy Dee Williams wasn’t in Batman Forever that he wound up getting paid for the movie, because his contract was rumored to guarantee him the chance to play Two-Face. However, Williams debunked that rumor.

“You only get paid if you do the movie,” said Williams. “I had a two picture deal with Star Wars. They paid me for that. But I only had a one picture deal for Batman.”

Billy Dee Williams Talks Two-Face, Did Not Get Paid For Batman Forever

Power Rangers Lightning Collection Monsters and VS Packs are Live

Dungeons & Dragons: All the Subclasses From Tasha's Cauldron of Everything

Halloween: The Biggest Highlights From Every Series Entry

Fortnite Still Has "Many Years" of Marvel Content Planned