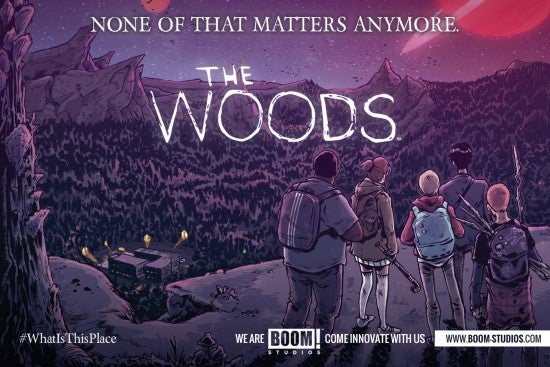 Following a week-long run-up during which time they revealed seven teaser images for the book, BOOM! Studios today finally announced The Woods, a new series from writer James Tynion IV and artist Michael Dialynas. There still isn't much in the way of information about the series, which will launch in May, but you can see the various teaser images embedded below. "I seriously can't wait for you all to see what @theWoodenKing and I have in store for you on this book," Tynion told fans on Twitter. "About two years ago, when I first started in comics, someone asked me 'If you could only write one comic, what kind of comic would it be?' This is what I came up with… It ties together my favorite brands of storytelling. A Sci-Fi Epic with Horrific moments and Teen characters." Fun fact: based on their interactions on Twitter, it seems as though it was Batman writer Scott Snyder who posed that question. He added that the basic premise is that "a Midwestern high school is transported into the middle of an Alien forest. This is the story of what happens next." It seems worth noting, since we know so little about the book itself, that only five of the seven characters teased in the last week's "visual press releases" are standing on that cliff's edge, as far as we can tell. It seems likely, since the pair were released together, that the holdouts are Adrian Roth ("The Genius") and the odd-looking creature called King Robot ("A Space Monkey"). 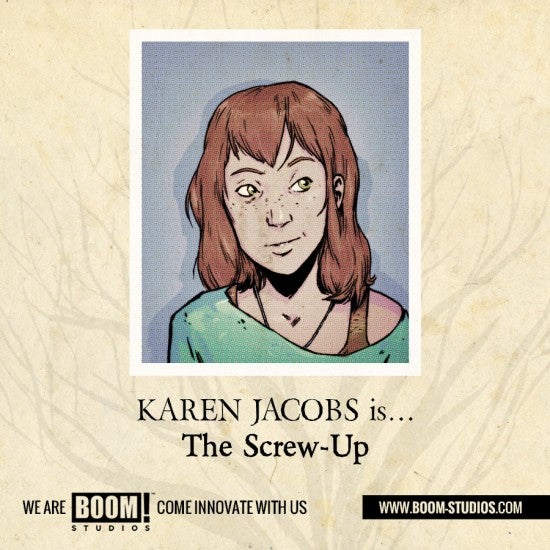 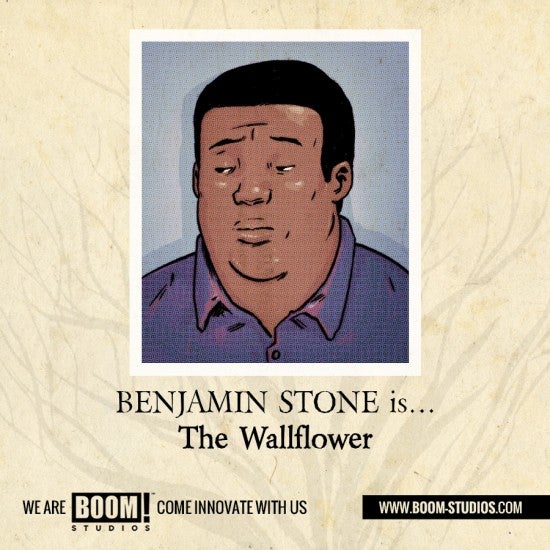 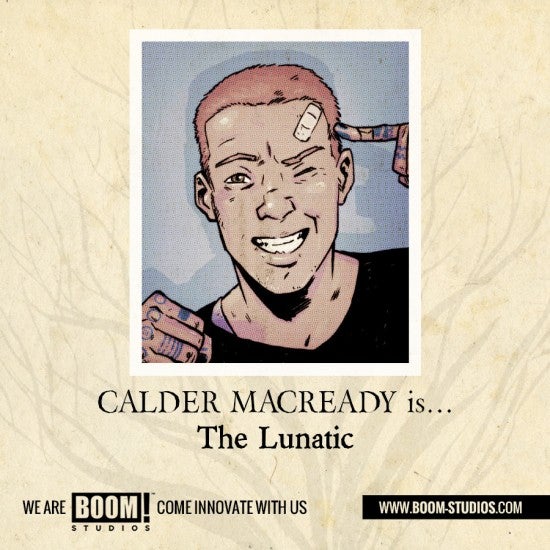 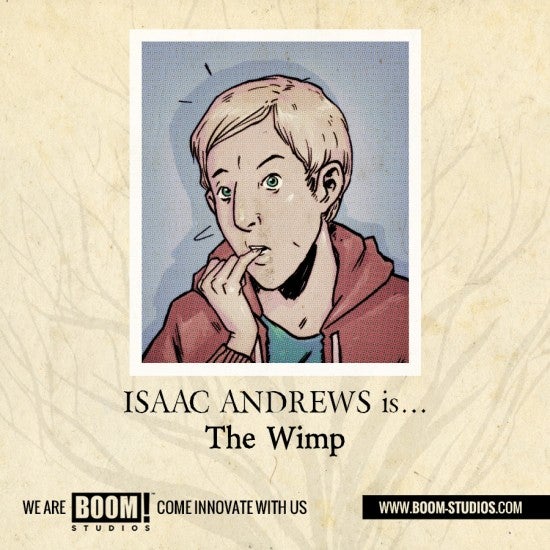 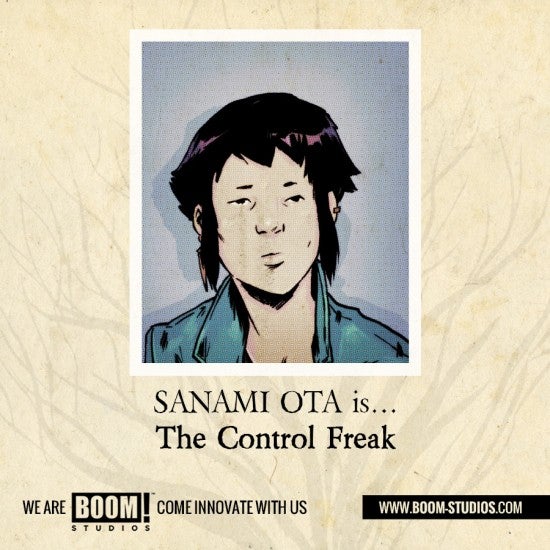 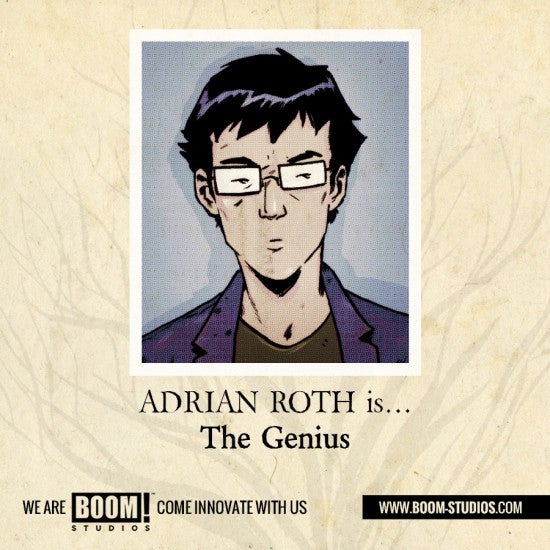 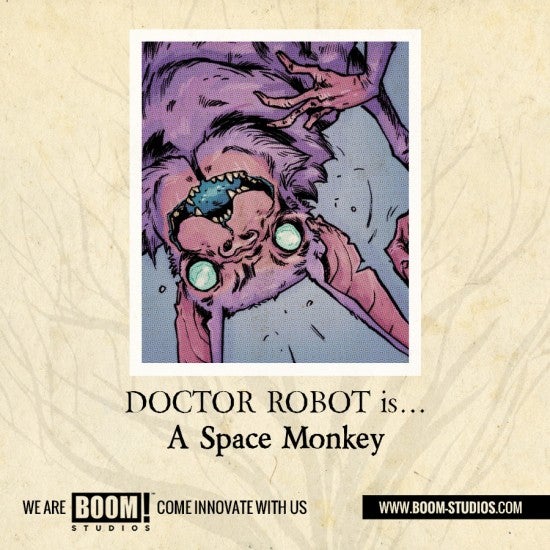