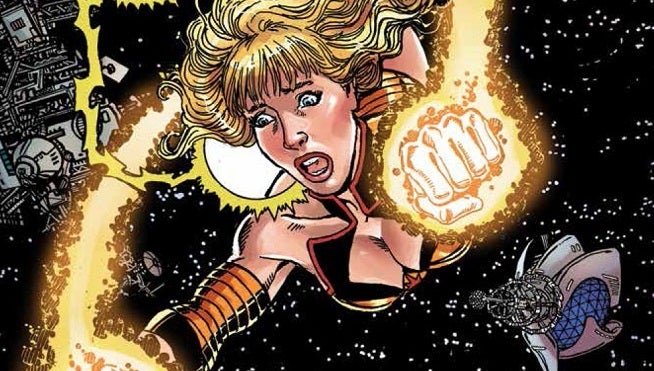 BOOM! Studios has provided ComicBook.com with an exclusive preview of next week's George Pérez's Sirens #3.

The series, which is created, written and drawn by the legendary artist behind The New Teen Titans and Crisis on Infinite Earths, will last just six issues and rounds the halfway point on Wednesday, February 25.

You can see the preview pages and solicitation text below.

As Perdition and his zombie army battle the Sirens, Bombshell and Chan learn the truth about their unique relationship, and Ammo is forced to choose between her vow of pacifism or saving her teammate.