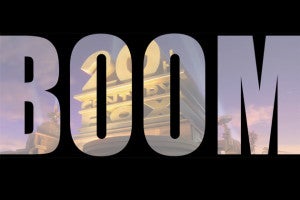 Boom! Studios and 20th Century Fox announced a new deal today that will give them unprecedented access to one another's catalog and will provide for significant creator payments in the event of a feature film going to production.

Under the terms of the deal, as relayed by The Hollywood Reporter, Fox will have their pick of Boom! Studios-published comic book properties to develop (presumably beginning with the Boom!/Archaia Rust, which is already in pre-production at the studio) while Boom! will be promised a share of the "first dollar gross," meaning that they get their percentage regardless of whether the film is profitable, and before anybody else gets paid. Certain movie stars--but generally only those on the level of A-list leading men--are offered such deals but it's very uncommon for a first-look deal to offer that kind of assurance to the intellectual property holder.

Boom! Studios will then share their cut of the film 50/50 with the creator or creators credited with creating the property (not necessarily the creative team behind the comic; Steven Grant got paid for 2 Guns, for instance, while it's been suggested that Mateus Santaluoco, who was brought in to draw the series after it was already "created," did not). 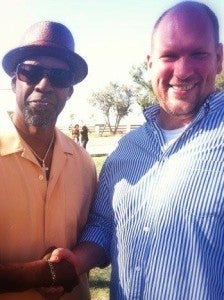 "In an era where Jack Kirby doesn't get paid for The Avengers, we are bringing the Jack Kirbys into the circle," said Boom! CEO Ross Richie, who will serve as a producer on any films that come out of this deal. "They can use our expertise in the field while they focus on being creative."

Boom!'s recent acquisition of Archaia was key to this move, as apparently Fox executives were inspired to make the deal after taking a pile of books away from the Boom!/Archaia booth at San Diego Comic Con International in July. They were impressed with the depth and breadth of the Boom! catalog, which included the Archaia titles the company had acquired just weeks before.

At the time, blowing their big merger before the convention seemed like an odd choice, in terms of grabbing headlines, but Richie explained to us at the time that it actually made a lot of sense.

“Well, you know there’s a lot going on at the convention and my Vice President of Publishing and Marketing Filip Sablik likes to say that the year The Big Bang Theory, at the panel, gave away a trip into space was the year that the comic book publishers understood that doing announcements at Comic Con can be counterproductive,” Richie told ComicBook.com in an interview. “Because everyone’s paying attention to the trip into space. I don’t know if I mentioned: there was a trip into space.”

So, the publisher said, it simply made more sense to roll it out a little earlier when the marriage of the two publishers could get a dialogue going. With Day Men already optioned for film on the BOOM! side and things like Rust and Feeding Ground generating interest from other media at Archaia, though, it's hardly surprising that Richie will be involved in the film side of things.

“The other piece for us was that if we did it earlier, we would have the opportunity to bring the Archaia team into BOOM! and work with them, and then when we went to the show, the team had been together for three weeks,” Richie added. “Because the first thing their creators and their staff and all of their relationships were going to say was, ‘What the hell is BOOM! like?’ and then they can say because they’ve been in the trenches with us.”

Boom!'s Fox deal reportedly also gives the publisher an opportunity to delve into Fox's back catalog of film properties to develop as comic book properties. According to THR, part of the idea is that Fox could then take a look at the rebooted/revitalized Fox properties for inspiration to film sequels and reboots. Presumably, the publisher and creators would get a piece of that action, too, but probably nothing as straightforward as with original IP since no comic book creators would be the intellectual property holder.

Fox and Boom! have already collaborated on a high profile comic book project once before; 2009's Die Hard Year One by Howard Chaykin came from the publisher.

This year, Fox made The Wolverine and pushed X-Men: Days of Future Past into development. Kick-Ass creator Mark Millar came on earlier this year to oversee future Marvel Comics adaptations from Fox and yesterday sold them the rights to Kindergarten Heroes. Last night, they announced that Fantastic Four, which was originally expected to begin shooting last month, was undergoing a rewrite from X-Men: First Class writer and Star Wars franchise contributor Simon Kinberg.