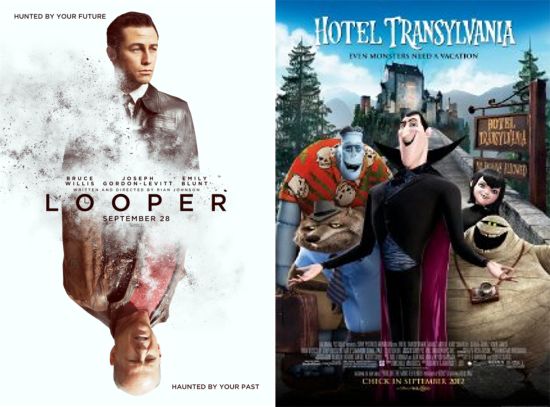 There hadn’t been much to cheer about at the box office lately. While comic book movies ruled the summer, the fall box office season had been off to an abysmal start. That all changed this weekend, as Looper and Hotel Transylvania resurrected the previously dead box office.

In what is being touted as a huge win for Sony Pictures, which was behind both of the top two movies, the weekend box office was up 20% over last year. Quite a turnaround after several weeks of year over year declines. According to Deadline, Hotel Transylvania will win the weekend with an estimated $42.4 million. This number is significant because it’s the best ever opening weekend box office for a September movie and the highest grossing debut ever for Sony Animation.

Looper is on track to finish in second place with an estimated $21.3 million. Looper has proven to be a hit both with film critics and movie fans and is exceeding expectations at the box office. Joseph Gordon-Levitt is receiving high praise for playing the young version of Bruce Willis, and after the big Looper debut, interviewers might change their favorite question from being if he will do a Dark Knight Rises spin-off to if there is going to be a Looper sequel.

Even more amazing is that Deadline is predicting that Looper will gross between $23 million and $25 million in China. If those numbers hold up, then it will be the first time that China’s opening weekend has outgrossed the U.S. opening weekend for an international film. In Looper, Chinese actress Summer Qing plays Bruce Willis’s wife, and she was kind enough to send Comicbook.com some great behind-the-scenes photos from Looper.