In spite of producers saying recently that it's unlikely we'll see Ray Palmer -- known to DC Comics fans as The Atom -- use his trademark shrinking powers on Arrow, actor Brandon Routh has posted a photo to social media that suggests, if nothing else, he'll be wearing a mask.

The series started filming their eleventh episode of the season today, titled "Midnight City," and apparently part of what's "all in a day's work" for that episode is getting a plaster mold made of his face.

Which, as we noted back when Katie Cassidy did it recently, is generally associated with fitting the actor for a mask. In the background of the room where both of the actors in question were molded, you can see other face molds on the shelf -- and in Cassidy's, the shot was wide enough that you could see them marked with words like "Canary" and "Arsenal."

Back in September, Routh admitted that he'd seen concept art for the suit -- which was not long before executive producers cautioned fans not to expect him to do anything too...super...on Arrow.

"It's a totally different suit and I haven't been in it yet, I've only seen drawings," Routh said when asked to compare the role to his time as Superman. "It's a very different character and I really can't say too much about what the suit's going to look like -- just that it's very different and I don't believe it has a cape, which doesn't really surprise anybody if you've seen The Atom in the comics."

“I think anything is possible. My instinct is that if Ray Palmer’s going to shrink, he’ll probably shrink on another show,” Marc Guggenheim told reporters at a screening and Q&A when the season began last month. “With The Flash in existence, there’s no real compelling reason for us to do super powers on Arrow. We can bring characters to Flash to have super powers. We have plans for Ray that don’t involve shrinking, but our plans for Ray are actually really cool.” 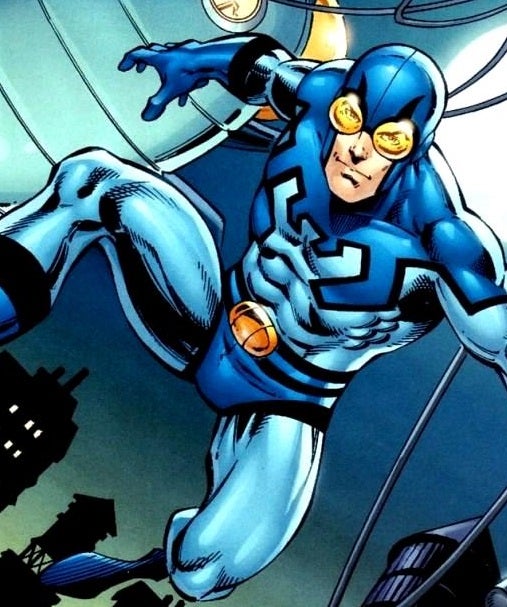 Of course, with his recent discovery of the O.M.A.C. Project, that original casting call that had us all thinking it was Ted Kord, not Ray Palmer, and the admission by producers that they had hoped to use Blue Beetle rather than The Atom but were rebuffed by DC, it's hard not to imagine Routh's version of Palmer as a somewhat more street-level vigilante who might compete with, or team up with, Team Arrow in the second half of the season.

Certainly it seems as though they're building a very Ted Kord-like persona for him in spite of having switched characters along the way.

Arrow airs on Wednesday nights at 8 p.m. ET/PT. You can see the newest episode, "The Secret Origin of Felicity Smoak," tomorrow.