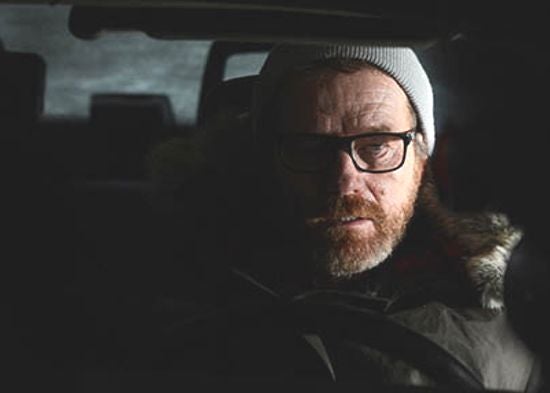 Shortly after the Breaking Bad finale last year, a number of fans--including comedian Norm MacDonald, who generated a lot of Internet heat--claimed that the whole finale episode was, for all intents and purposes, "just a dream." MacDonald's idea--echoed by many--was that after a final season of Walter White realizing over and over again that he was maybe not as smart and good at crime as he thought he was, the finale went too perfectly, too easily for Heisenberg. There was a particular moment--parked in the car, before he found the keys--when MacDonald claimed it was obvious to him that White had died, and that the rest of the episode going forward was the fantasy of a dying, cancer-addled mind. While he's addressed the question briefly in the past, series creator Vince Gilligan, in a new interview with Entertainment Weekly, was pretty thorough in debunking the idea this time around. 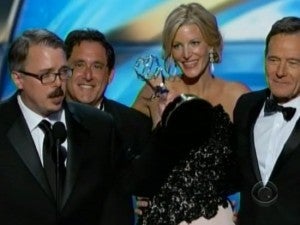 "When I heard anecdotally that a lot of people were of the belief that the whole thing had been a dream, then I was kind of scratching my head because that to me as a fan of storytelling, that to me, is the antithesis of a satisfying ending," Gilligan told EW. "The whole thing was a dream? [Laughs] The only time the 'It was all a dream' bit worked out well was the first time it was used. The first time that I know of was in the old Ambrose Bierce short story An Occurrence at Owl Creek Bridge. It worked beautifully in that short story from [123] years ago. It does not work well to a modern audience. It certainly doesn't work well for me that these people I've invested all my care and close attention to for years on end, that nothing they've accomplished happened to be real: It was all some bulls— dream. [Laughs] I was like, 'Are you kidding me?' Who would find that… what's the word?…  fulfilling?" He added that certain story beats--like Jesse's woodworking fantasy, or even just the fact that Jesse was alive and living in slavery, were things that Walt did not and could not have known, so the prospect of White accurately fantasizing about those scenarios is unlikely.

Fungal Infections Rising, Giving Fear That The Last of Us Is Becoming Reality