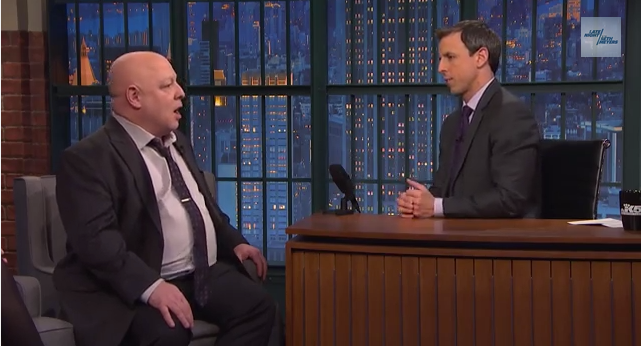 "Going forward, the Marvel Universe will not be like it is right now," Bendis told Meyers.

Bends also discussed the process of bringing his creator-owned series, Powers, to the Playstation Network as a digitally-exclusive television series. The first three episodes of Powers will be available on its launch day, with subsequent episodes releasing once a week.

You can check out the Secret Wars portion of Bendis' discussion below, where he also reminisces about the media frenzy that surrounded Miles Morales' debut as Ultimate Spider-Man.

Powers premieres the Playstation Network on March 10, and Secret Wars #1 hits comic shops in May.