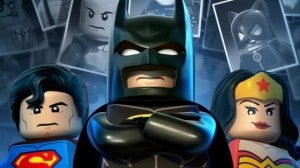 Well, due to the yearly E3 conference, new footage has been revealed for D.C.’s Lego Batman 2 and it only seems to be building my anticipation even more.  With these new videos, we’re able to see the famous Batmobile in action.  The first game did its vehicle mode looking down on the street and vehicles, making it seem very match car.  And though it was fun, it wasn’t anything to write home about.  But that is definitely not the case now.  The driving of the Batmobile is more akin to Grand Theft Auto.  And for those who don’t know what that means, you’re basically behind the vehicle, driving around and either hitting or avoiding civilians.

I’m sure this is purely the HUB world but it’s nonetheless.  The car is able to shoot bullets and throw out powerful grenades that explode after a few seconds.  On top of that, while driving through the streets, you are able to pick up the random characters you’ve acquired throughout the game.  But how does all of this translate into actual  gameplay?

What you see there is a the Batmobile driving backwards while fighting a giant, robotic Joker intent on destroying the tiny little LEGO car.  It seems both difficult to fight but awesome to try and do.  And though these new reveals are exciting it’s this last part that truly makes it great.

About 2/3rds of the way through the video, we transition from driving through the streets of the city to actually flying through the city.  That’s right.  From Batman to the Man of Steel, you are able to fly through the sky and between the city skyscrapers.  On top of that, you’re able to fly down and slam into the ground below, startling (and possibly hurting) the LEGO people around them.  I’m sure there’s more to come and I cannot wait for more.

Building Up to LEGO Batman 2: DC Super Heroes Part One