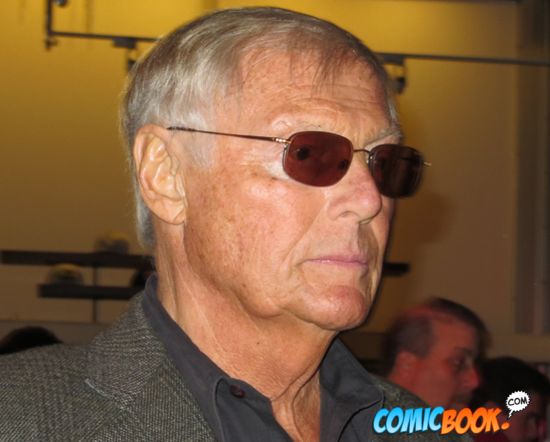 In a somewhat bizarre, but highly entertaining interview done by KGW-TV at the Portland Comic Con, Burt Ward claims that Adam West is the only real Batman, as a playful West jokes around with a reporter. When the reporter first heads over to interview West and Ward, it turns out that West has stepped away. After talking with Ward briefly, West returns to reclaim his chair. West then jokes around, leaving his chair and walking away at one point, prompting the reporter to say, "Most of this interview is spent watching you walk away and then walk back." When the reporter asks Ward who he thinks played Batman on the big screen the best, Ward said, "Well, they are all actors, and you think of them as actors. But when you see Adam, you don't think of him so much as Adam, you think of him as Batman. That's the only real Batman in my opinion." Ward continued, "They are all great actors who portrayed the role. But when you think of who really is Batman, who kids really believe is Batman, there's really only one and it's Adam West." For this two cents, West added, "I agree with everything Burt says."

Dead by Daylight Is Reworking One of Its Best Features