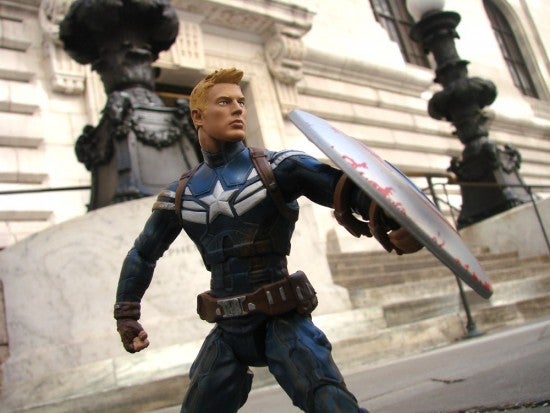 Want a cool-looking Captain Americaaction figure inspired by the look of Captain America: The Winter Soldier, but don't want to (or can't) shell out the hundred-plus dollars that Hot Toys is asking for their high-end collectible version? Marvel Select and the Disney Store may have your answer: an exclusive action figure featuring a "battle-damaged" Captain America in his "stealth uniform" from The Winter Soldier will roll out to the website and retail locations starting on May 19. About a month later, he'll get a friend in the form of a movie-accurate Falcon figure. Starting on May 19, MarvelStore.com will be the only place to order the Marvel Select Unmasked Captain America figure, featuring an exclusive head sculpt of Steve Rogers (as seen in the Steve Rogers: Super-Soldier comics, not particularly Chris Evans-like, in spite of the figure's trade dress), as well as a battle-damaged version of his stealth uniform. An exclusive battle-damaged version of Cap's shield will be included in the packaging, as well as an interchangeable masked head and a diorama display base modeled after the S.H.I.E.L.D. Helicarriers seen in the film. After May 27th, the Marvel Select Unmasked Captain America will be made available on DisneyStore.com, and will begin to make its way to Disney Store shelves in the U.S. and Canada. Then, in late June, MarvelStore.com, DisneyStore.com and Disney Stores will offer the Marvel Select Falcon action figure, based on the movie look of Cap's new friend and partner Sam Wilson. The figure bears the likeness of actor Anthony Mackie and features his trademark wings, as well as a Helicarrier base. You can check out some preview images of the Captain America figure at top and below. 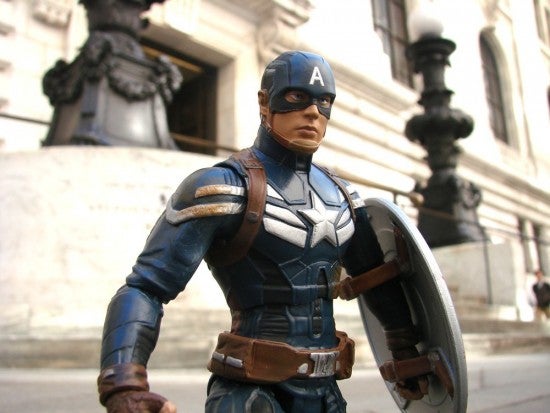 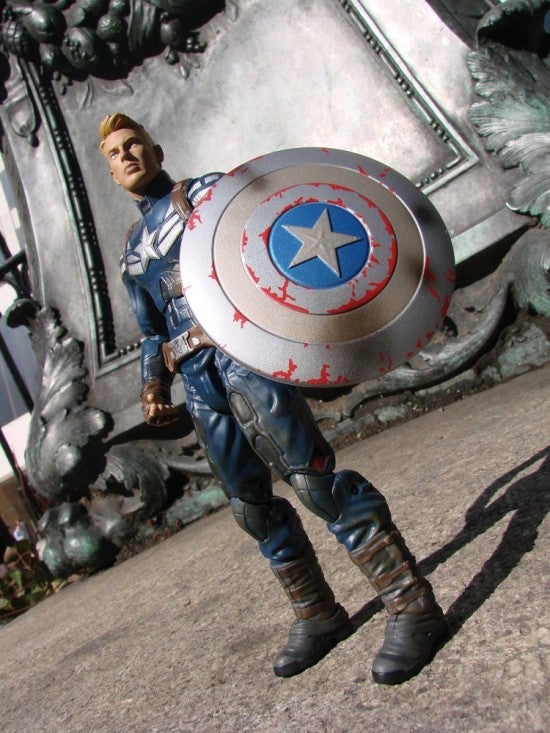 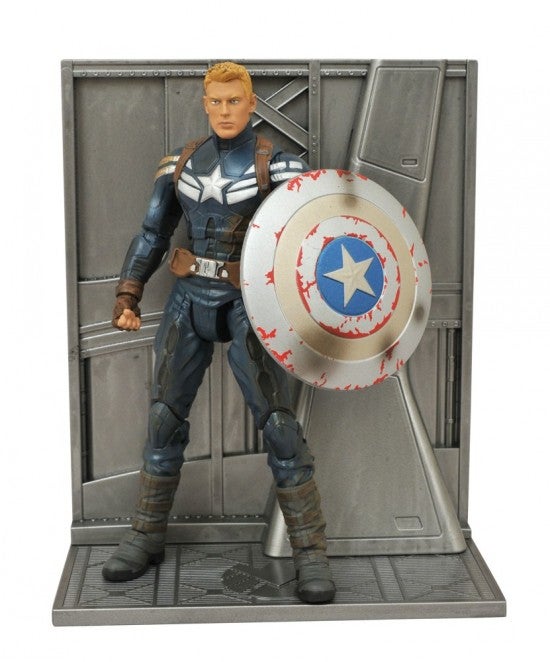 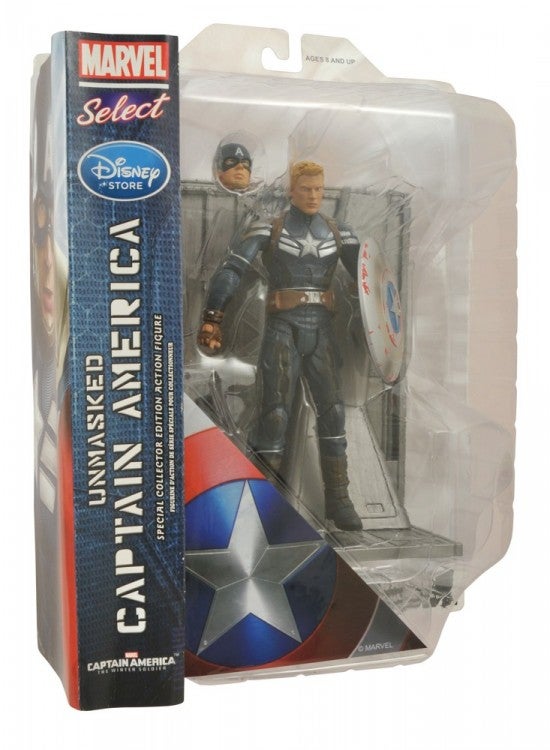