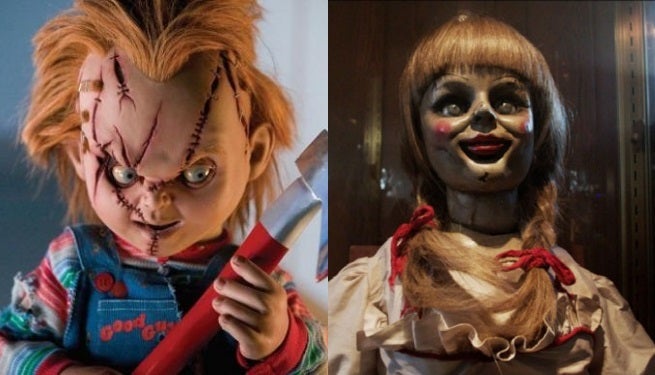 Don Mancini, the creator of the Child’s Play horror film franchise and it’s leading dummy Chucky, would like to see his creation team up with the latest creepy doll on the horror scene, Annabelle.

"I am hoping that at some future point we have Annabelle and Chucky team up," Mancini tells USA Today. "I can see that (even) in 20 years from now."

If a full on team up isn’t in the card for a couple decades, Mancini may still write and Annabelle cameo into the next Child’s Play film, which he is currently writing.

"We would be into it, the only problem is that we are in different studios. That would probably be years worth of red tape to work it out," says Mancini. "But if it all could be worked out, then yes, we're very into it."

Any relationship between Chucky and Annabelle would have to be purely work related, so as not to upset Chuck’s wife.

"The bride of Chucky is going to be very upset if Chucky starts to stray," says Mancini. "If I were Annabelle, I'd be watching my back."

Annabelle opened this weekend and is directed by John Leonetti, who was director of photography on Child’s Play 3 in 1991.

Chucky Creator Wants Chucky To Team Up With Annabelle