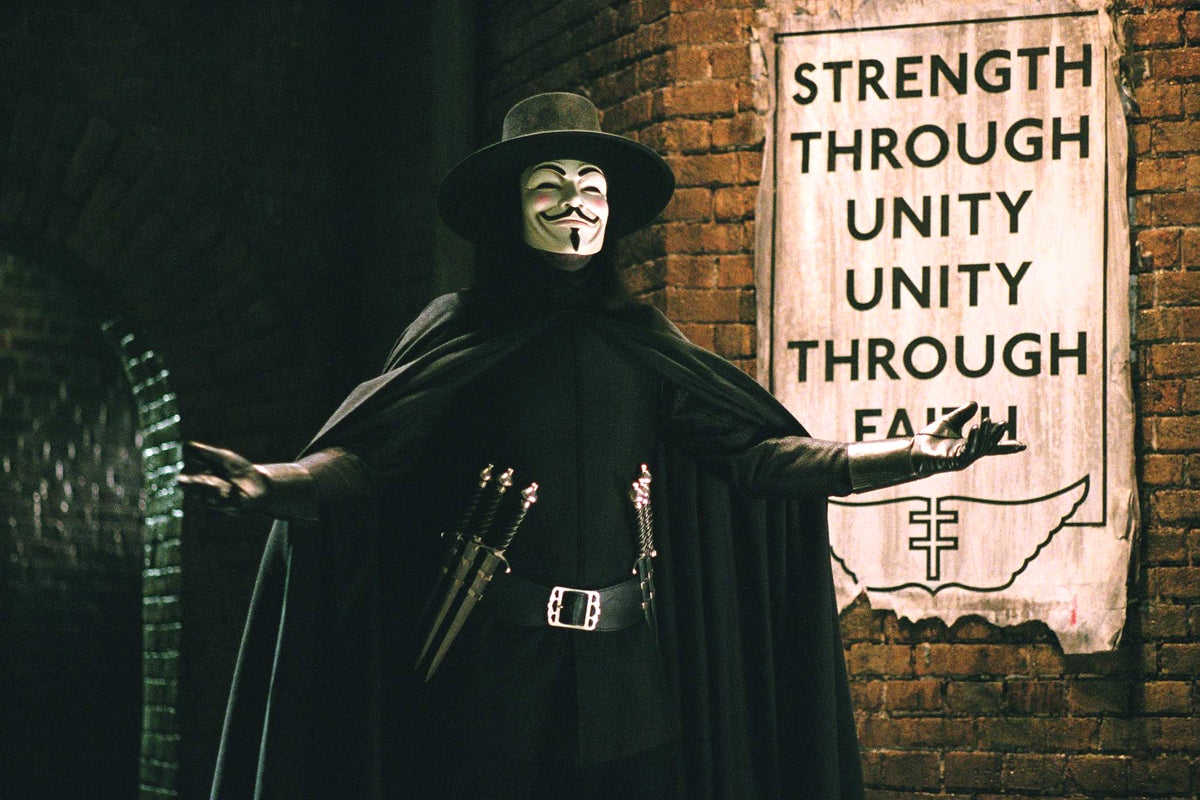 Remember Remember The Fifth Of November....

Cinema Sins is back with a new installment and this time they're taking a look at the 2005 flick V For Vendetta just in time for the film's (in)famous date.

Cinema Sins in an online series that takes a look at films and points the movie's errors and tropes both great and small.

"No movie is without sin," the series' tagline explains.

Based on the popular 1982 Vertigo graphic novel of the same name by Alan Moore and David Lloyd, the film is the story of V, an anarchist and freedom fighter. Dressed in a Guy Fawkes costume, V stages a series of terrorist attacks against an oppressive government in a futuristic dystopian United Kingdom in order to trigger a revolution.